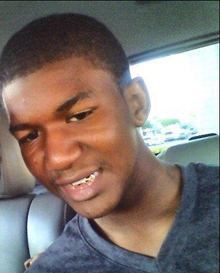 The aquittal of George Zimmerman in the deaath of Trayvon Martin is all over the news.  I found this analysis of immigration reform and the Zimmerman trial (before the verdict) to be insightful.

By the way, until a verdict was reached, discussion continued over the racial identity of Zimmerman, whose mother is Peruvian.   CNN referred to Zimmerman as a "white Hispanic," which drew considerable criticism.

Listed below are links to weblogs that reference Current TV: Jason Johnson on Immigration and George Zimmerman Trial, Zimmerman a "white Hispanic"?: