Understanding that CIR is about promoting community policing, Vice President Biden has spoken out in favor of reform. 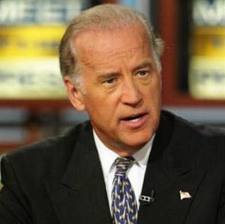 "This is a public safety issue," he said, pounding the table in front of him with each word to emphasize his point. "Immigration reform is going to make our communities safer and make these guys' job much easier," he added, nodding at the law enforcement officials assembled in the room.

But "it extends beyond just dealing with border security," he continued, "by requiring all undocumented immigrants to come forward and register, submit to fingerprints, pass criminal background checks and a national security check."

By bringing those people out of the shadows, Biden said, law enforcement officials will finally be able to address problems among undocumented communities [unreported crimes and even domestic abuse] that too often go unreported due to a suspicion of authorities. Click here....

Listed below are links to weblogs that reference Biden: Immigration Reform is about Public Safety: