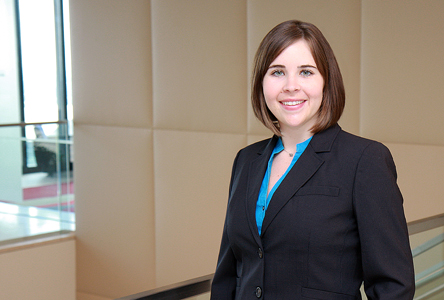 KIND -- Kids in Need of Defense has named Katie Chatterton, an associate at Haynes and Boone, LLP in Houston, as Pro Bono Attorney of the Month.  Katie recently won immigration status for her third KIND client and is already working on her fourth case. Katie's recent win marks both her first juvenile asylum grant and a first asylum win for KIND's Houston office. Rodrigo* gained asylum due to the severe persecution he suffered in Guatemala. Both Katie and KIND staff in Houston said that Rodrigo is one of the most remarkable kids they have ever met, and this victory has not only been life changing for Rodrigo, but for them as well.

Listed below are links to weblogs that reference Katie Chatterton -- Pro Bono Attorney of the Month: