Over the next few days, we will feature a guest blog post written by various scholars on the impact of Windsor v. United States on immigration law. Yesterday, Geoff Hoffman of the University of Law Center shared his thoughts on the opinion.

Today, Geoffrey Heeren, Assistant Professor of Law at the Valparaiso University School of Law discusses his views as well. 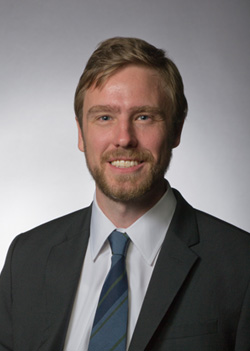 "In 1975, the former INS responded to an immigration petition filed by a U.S. citizen on behalf of his same-sex partner by stating “[y]ou have failed to establish that a bona fide marital relationship can exist between two faggots.” Scott C. Titshaw, The Meaning of Marriage: Immigration Rules and Their Implications for Same-Sex Spouses in A World Without DOMA, 16 Wm. & Mary J. Women & L. 537, 589 (2010). When Richard Frank Adams and Anthony Corbett Sullivan brought a federal court case to challenge the decision, District Court Judge Irving Hill was more judicious with word choice, but basically agreed that he could not imagine a world in which a man could marry another man:

The time may come, far in the future, when contracts and arrangements between persons of the same sex who abide together will be recognized and enforced under state law. . . . But in my opinion, even such a substantial change in the prevailing mores would not reach the point where such relationships would be characterized as “marriages”. . . . And even when and if that day arrives, two persons of the same sex, like those before the Court today, will not be thought of as being “spouses” to each other within the meaning of the immigration laws.

I would like to be among the first to point out that Judge Irving Hill was wrong. Today same-sex marriages are recognized in twelve states and the District of Columbia. Moreover, in United States v. Windsor, 570 U. S. ____ (2013) the Court held that the federal government is bound to recognize them in allocating federal benefits. This should include the ability of a US citizen or LPR to petition for a same-sex spouse to have lawful status.

This is not to say that matters as they stand are entirely clear. In Windsor, the Court struck down Section 3 of the federal Defense of Marriage Act (DOMA), which defined marriage as being between a man and a woman. But as Justice Scalia pointed out in his dissent, the majority’s rationale was somewhat opaque. Good arguments could be made that the decision rests on equal protection, substantive due process, or federalism grounds. Justice Kennedy notably failed to answer the question that was most-contested in the lower courts: should heightened scrutiny apply to laws that discriminate on the basis of sexual orientation. As much of the majority opinion was devoted to a discussion of the rights of states as the rights of same-sex spouses. Arguably, by focusing on federalism concerns and the discriminatory animus of legislators who passed DOMA, Justice Kennedy’s opinion muddles equal protection jurisprudence, which is something that may hurt non-citizens in the long term.

Moreover, as Justice Scalia points out in his dissent, people often move from one state to another, and difficult choice of law questions will arise when persons move from a state allowing same-sex marriage to one banning it. This could turn out to a salient point in the immigration context, depending on how DHS decides to move forward. One option would be for DHS to use the same analysis for evaluating the legality of same-sex marriages that it has in a variety of other controversial areas, including marriages that violated anti-miscegenation laws, consanguinity regulations, or prohibitions on polygamy.

The basic rule that the Board of Immigration Appeals has always applied is that, absent some strongly expressed federal or state public policy, a marriage that was valid where celebrated will be valid for immigration purposes. See Titshaw, supra at 550. Thus, a same-sex marriage celebrated in New York will clearly be valid there, but there is a question whether DHS will continue to treat it as valid for immigration purposes after the couple moves to Alabama, which explicitly refuses to recognize same-sex marriages. Is Alabama’s prohibition on same-sex marriage a strongly expressed state public policy? In its briefs in Windsor and other cases, DOJ opined that this sort of policy violates the equal protection rights of same-sex partners. Given DOJ’s constitutional analysis, DHS should not give full faith and credit to these state “mini-DOMAs.”

There are many other issues that DHS will have to consider, such as when and how to allow same-sex fiancés to seek fiancé visas. Given the many barriers that same-sex fiancés face, DHS should be liberal in doing so. LPRs can’t apply for fiancé visas, but opposite sex fiancés at least can usually go back to their country of origin to get married and then petition for their spouse to come to the US. Most countries, however, don’t allow same sex marriage and it will be very difficult for same-sex partners of LPRs to get a tourist visa to come to the US, unless the Department of State waives its normal restrictions on persons entering the United States on tourist visas who have “immigrant intent.”

The situation may be even worse for gay and lesbian refugees and asylees. US law recognizes persecution based on sexual orientation as a basis for refugee status, and one aspect to this persecution may have included the inability of a refugee to marry her same-sex partner. Refugees can ordinarily petition for their spouses abroad to come to the United States, but gay and lesbian refugees may face serious difficulties in marrying a partner left behind in the country of persecution. DHS and DOS may be able to facilitate the entry of same-sex refugee partners to the United States through humanitarian parole, but Congressional action is a better solution.

Congress could allow persons to file immigration petitions if they can establish that they are in a committed, long-term partnership but are unable to get married because of restrictions on same sex marriage. This would allow LPRs or refugees to petition for their fiancées who they cannot marry because their country of origin prohibits same sex marriage. In fact, Senator Leahy proposed an amendment during the Senate Judiciary Committee markup of the Senate’s comprehensive immigration reform bill, S. 744, which would have done exactly this. Unfortunately, the amendment was not adopted.

Windsor will not solve all problems for the bi-national same-sex couples who have struggled to find a home. But it is an important victory that should offer some of the dignity that was denied to Richard Frank Adams and Anthony Corbett Sullivan."
Thanks Geoffrey!
RCV

Listed below are links to weblogs that reference Guest Blog Post: Geoffrey Heeren on Windsor's Impact on Immigration Law: