At the Movies: Documented by Jose Antonio Vargas 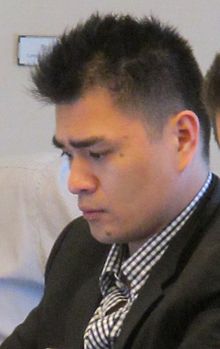 Documented is a new film by Jose Antonio Vargas The film had its world premier at the AFI Docs Festival last night to a sold out crowd at the National Portrait Gallery. It chronicles the struggles and efforts of the Pulitzer Prize-winning former journalist, both before and after he outed himself as an undocumented immigrant in the New York Times Magazine. “Documented” chronicles his decision to transform his life. At some point, he could no longer keep his secret. He had become a successful journalist covering political campaigns and appearing on television. He had all the trappings of the American success story, but he lacked permission to be in the United States. He had been brought to the U.S. as a child and had no way to obtain a valid immigration status. And after seeing and speaking with thousands of immigrants in the same situation, he decided to “let the world in” to his secret and decided to become an immigration reform activist/provocateur.

Here is a review.

Listed below are links to weblogs that reference At the Movies: Documented by Jose Antonio Vargas: