Why An Immigration Deal Won't Solve The Farmworker Shortage 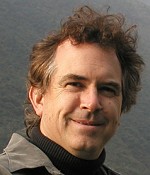 NPR reports on the changing labor market in agriculture.  Since the late 1990s, there has been a slow but steady decline in the number of rural Mexicans migrating north. Agriculture economist Ed Taylor at the University of California, Davis, says that decline has little to do with U.S. immigration policy. Taylor's research suggests that declining birth rates in rural Mexico, where the economy has also improved in recent years, is the reason why fewer migrants are coming to the U.S. And since farms in Mexico have also expanded to meet the year-round produce demands north of the border, why risk going north? "Many [American] farmers also have this sense that, if Washington can just get its house in order and pass immigration reform, their problems will be over, and that isn't what our research is showing," Taylor says. Farms here are going to have to learn how to do more with less immigrant labor, Taylor says. That means switching to less labor-intensive crops, or mechanization.

Listed below are links to weblogs that reference Why An Immigration Deal Won't Solve The Farmworker Shortage: