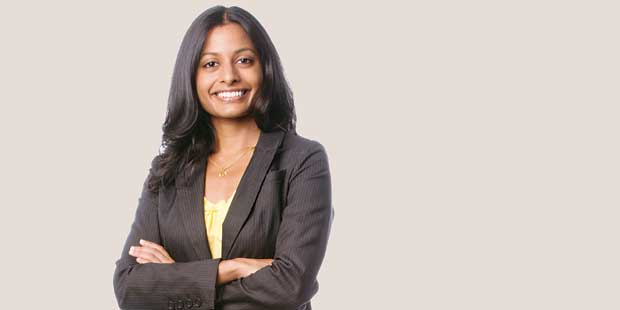 Matthew Bender® is pleased to announce that the 2013 honoree for the Daniel Levy Memorial Award for Outstanding Achievement in Immigration Law is PROF. ALINA DAS.

Alina Das, Assistant Professor of Clinical Law at New York University School of Law, Co-Director of the Immigrant Rights Clinic, and Faculty Director of Bickel & Brewer Latino Institute for Human Rights, is a national leader on issues related to immigrants with criminal convictions. Professor Das has dedicated her career to protecting immigrants and immigrant communities from a detention-and-deportation regime that disproportionally affects people of color and overpoliced communities. Her independent work, her clinical teaching, and her groundbreaking scholarship focuses directly upon the intersection of criminal and immigration law and address the negative results of this intersection, including: (1) the ever-increasing numbers of both documented and undocumented immigrants targeted for deportation as a result of their contact with the criminal justice system; (2) the expanding detention of immigrants who are in removal proceedings; and (3) race-motivated enforcement and policing.

Professor Das has written a comprehensive and deeply important article on the origins and justifications of the categorical approach in immigration proceedings, The Immigration Penalties of Criminal Convictions: Resurrecting Categorical Analysis in Immigration Law, 86 N.Y.U.L. REV. 1669 (2011). This authoritative article, as well as the amicus curiae brief Professor Das drafted on behalf of 83 law professors, played an important role in the Supreme Court’s recent decision Moncrieffe v. Holder, 133 S. Ct. 1678; 185 L. Ed. 2d 727 (Apr. 23, 2013). In addition, her independent work and the work of the students she leads at the Immigrant Rights Clinic have had significant impact before the federal courts and the Board of Immigration Appeals. Immigration advocates nationwide turn to Professor Das as an expert on these issues.

Both in the Immigrant Rights Clinic and in her own separate work, Professor Das stresses the importance of building the power of affected communities. Professor Das serves as co-chair of the Board of Directors of Families for Freedom, a grassroots organization of immigrants affected by deportation policies.

As co-director of the Immigrant Rights Clinic, Professor Das works with students on projects that assist grassroots organizations on their advocacy campaigns. Last year, she and her students drafted a report on detention centers in New Jersey on behalf of a grassroots advocacy group. That report served as the basis for an ongoing campaign to improve conditions for detainees. Professor Das also works to address cutting-edge issues and continuously seeks new avenues through which to vindicate the rights of immigrants and communities of color. For example, Professor Das began a new project partnership this year with the ACLU of Georgia and partner organizations challenging racial profiling and the illegal search and seizure of Latino residents.

LexisNexis® Matthew Bender® and the members of the Editorial Board of Bender’s Immigration Bulletin commend Professor Das for her efforts that go “above and beyond.” Professor Das will be honored at a reception in New York in the fall.

The Daniel Levy Memorial Award was created by LexisNexis® Matthew Bender® in 2001 in honor of Daniel Levy, a member of the Editorial Board of Bender's Immigration Bulletin. Mr. Levy died at the age of 48 on Sept. 14, 2001, in Los Angeles after a long battle with cancer. Mr. Levy was a prolific author, litigator, and scholar, and was widely known and loved by many in the immigration bar. With this annual award Matthew Bender® seeks to honor an individual who emulates the values that informed Mr.Levy's life and work: - enthusiastic advocacy on behalf of immigrant clients; - deep scholarship in immigration law; and - an expansive vision of justice.