Supreme Court Decision in Moncrieffe Signifies a Return to Strict Application of the Categorical Approach by Carrie L. Rosenbaum 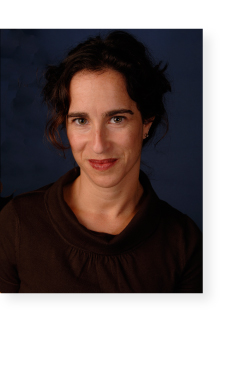 On April 23, 2013, in a 7-2 decision, the Supreme Court resolved a split among the circuit courts concerning whether a conviction under a state statute that simultaneously criminalizes conduct characterized by both of the Controlled Substance Act (CSA), Section 841’s felony and misdemeanor provisions constitutes a felony conviction under the CSA and necessarily is an aggravated felony for immigration purposes. Moncrieffe v. Holder, No. 11–702, at 4 (April 23, 2013). The Court held that a conviction under state law criminalizing social sharing of a small amount of marijuana is not an aggravated felony because the Georgia statute encompassed intent to distribute without regard to amount, and without respect to remuneration. This was the third time in seven years that the Court held that a low-level drug offense ought not be treated as an aggravated felony for immigration purposes. Moncrieffe at 21.

Rather than find that the sentencing factors set out in the CSA were a mitigating exception and irrelevant to the categorical analysis of the state statute, the Court followed Carachuri-Rosendo in asserting that the Court considers both elements and sentencing factors. Moncrieffe at 10. The Court determined that because felony punishment was not indicated for possession of a small amount of drugs not for remuneration (“social sharing of a small amount of marijuana”) the conviction did not by necessity, involve conduct punishable as a felony, and was therefore, not, categorically, an aggravated felony.

The significance of the decision lies in the strong reaffirmation of a strict application of the categorical approach, consideration of when a criminal statute is not divisible, the prohibition against mini-trials pertaining to the underlying criminal conviction, and the indication that if an offense is categorically not an aggravated felony, this outcome applies uniformly and consistently in removal proceedings, whether the Government is seeking to prove removability, or the immigrant is proving eligibility for relief.

Adrian Moncrieffe grew up in the United States and is the father of two U.S. citizen children. He had immigrated to the U.S. at the age of three from Jamaica. In spite of his long residence in the U.S. and lack of a prior criminal history, his legal right to remain in the U.S. came into question when he was pulled over while driving in his home state of Georgia. Police found 1.3 grams of marijuana in his car – an amount the Court referred to as enough for two or three marijuana cigarettes. Moncrieffe at 3.

Moncrieffe was charged with violating a broad Georgia statute that criminalizes behavior ranging from the social sharing of a small amount of marijuana, to distribution of large quantities of marijuana for remuneration. Moncrieffe pled guilty and successfully completed the required probationary term. He was not immediately put into immigration custody, but instead, two years later, immigration officials arrested, detained him, and initiated removal proceedings alleging his conviction amounted to an aggravated felony as “illicit trafficking in a controlled substance” and a therefore a “felony” under the CSA, triggering not only removability, but a prohibition from relief from removal.

The Immigration Court held that the conviction was an aggravated felony and ordered him removed. The BIA affirmed. The Fifth Circuit denied the petition for review following precedent of its own circuit but in contradiction with the Second and Third Circuits finding that where there is no finding of drug quantity or remuneration the state criminal conviction is not an “aggravated felony.”

The Court explained that in applying the categorical approach to determine if an offense is an aggravated felony the analysis requires comparison of the state statute to a generic federal offense that constitutes an aggravated felony in the INA. Moncrieffe at 4-5 (citing Nijhawan v. Holder, 557 U.S. 29, 33-38 (2009); Gonzales v. Duenas-Alvarez, 549 U.S. 183, 187 (2007)). Further, the question is whether the state offense “necessarily” “involve[d] facts equating to [the] generic [federal offense],” pursuant to Shepard v. United States, 544 U.S. 13, 24 (2005)(plurality opinion), rather than the underlying conduct. The court applying the test is to compare the generic definition and look to whether the least culpable conduct under the statute would meet that generic definition. Moncrieffe, at 5 (citing Johnson v. United States, 559 U.S. 133, 137 (2010) (emphasis added)).

Moncrieffe was convicted under the Georgia state code criminalizing possession of marijuana with the intent to distribute. Section 16-13-30(j)(1)(2007). For the Georgia statute to be an aggravated felony under the categorical approach the state drug offense had to both proscribe conduct that is an offense under the CSA, and the CSA had to prescribe a felony punishment. Moncrieffe at 6. While Moncrieffe was convicted of possession with intent to distribute, the question was whether that conduct was punishable as a felony or misdemeanor under the CSA. The least culpable conduct (essentially, social sharing of a small amount of marijuana) triggered the misdemeanor punishment, but still could result in a conviction under the state statute.

The Georgia state statute was broad enough to result in felony or misdemeanor punishment as characterized by the INA. Pursuant to its holding in Carachuri-Rosendo, in considering the elements of the statute plus sentencing factors, Moncrieffe had not been convicted of an aggravated felony under the INA. Moncrieffe at 10. The Court clearly articulated the requirement that “not only must the state offense of conviction meet the ‘elements’ of the generic federal offense as defined by the INA, but the CSA must punish that offense as a felony.” Moncrieffe at 10 (emphasis added). The Court disagreed with the Government’s argument that possession with the intent to distribute under the statute was presumptively a felony, concluding that the felony provision is not the default.

The Court found that the ambiguity created by Moncrieffe’s conviction meant that the conviction did not “necessarily” involve facts that correspond to, or were a categorical match with the felony offense under the CSA. Moncrieffe at 9. Where a noncitizen’s “conviction for a marijuana distribution offense fails to establish that the offense involved either remuneration or more than a small amount of marijuana, it is not an aggravated felony under the INA.” Moncrieffe at 15 (emphasis added).

While the Government also called for application of the categorical approach, they failed to succeed in convincing the Court that Section 841(b)(4)’s misdemeanor provision was irrelevant to the categorical approach because it created a “mitigating exception,” and was not an element of the CSA offense. The Court also rejected the Government’s contention that because possession with intent to distribute was “presumptively a felony” under the CSA, any state offense with the same elements was an aggravated felony. Moncrieffe at 10. By the Government’s reasoning, any offense criminalizing distributing marijuana would be punishable as a felony, even where the amount was small and there was no remuneration. Moncrieffe at 14. Such an interpretation would effectively read the misdemeanor possibility entirely out of the statute, because even if convicted under Section 841(a) and (b)(4), the federal misdemeanor conviction would have to be treated as an aggravated felony.

In rejecting mini-trials the Court emphasized the principle that the categorical approach asks not what the individual did, but what they were convicted of in criminal proceedings. Moncrieffe at 15. The Court characterized relitigating underlying criminal convictions as unnecessarily burdensome on immigration courts and unfair to immigrants because of challenges caused by the need to locate witnesses potentially years after the original criminal trial, while potentially detained, and likely without representation. Moncrieffe at 16. Moreover, in the context of criminal statutes like Georgia’s, mini-trials would become the norm because most states do not have separate statutes criminalizing social sharing of marijuana. Moncrieffe at 18.

The Court was also not persuaded by the Government’s contention that if the Court found that the elements and sentencing factor approach applied in the categorical analysis and the offense was categorically not an aggravated felony, all immigrants would escape deportation. Avoiding an aggravated felony does not eliminate other criminal grounds of removability. Additionally, the existence of an offense can be considered as a matter of discretion in granting relief from removal. Moncrieffe at 19. The Court characterized the Government’s reading of the categorical approach as narrow, and stated that the solution it proposed undermined the categorical approach itself. Moncrieffe at 18-19.

Significance of the Ruling

The most important aspects of the Court’s ruling concern the strict adherence to the categorical approach, the applicability of this strict approach in all phases of removal proceedings, and the prohibition against mini-trials pertaining to the underlying criminal conviction.

Because under the categorical approach, the inquiry into whether an offense is an aggravated felony is strictly legal, the Court indicated that it is not appropriate to delve into the facts pertaining to the conduct of the immigrant. This reasoning suggests that the standard established by Sandoval-Lua v. Gonzales was correct, and the Ninth Circuit’s ruling in Young v. Holder is no longer the standard. Sandoval-Lua, (499 F.3d 1121 (9th Cir. 2007); Young v. Holder, 697 F.3d 976, (9th Cir. 2012) (en banc).

The ruling also sends a message that immigration courts and the BIA may not apply a less strict version of the categorical approach in immigration proceedings as described by the Matter of Lanferman. The Lanferman court proclaimed that immigration courts do not need to apply the categorical approach as strictly in immigration court as in criminal court. It also held that the court may consider facts from the record regardless of the criminal statute if based on the elements, some, but not all violations of the statute create grounds of removability (or ineligibility for relief). Matter of Lanferman, 25 I&N Dec. 721, 724, 728 (BIA 2012). Both of these views are now questionable.

A strict adherence to the categorical approach also has implications for the Ninth Circuit’s ruling in United States v. Aguila-Montes de Oca, where the Ninth Circuit held that in applying the categorical approach, in some cases, the court can consider certain findings from the underlying criminal case, even where that evidence pertains to a fact not required for guilt under the statute. 655 F.3d 915, (9th Cir. 2011)(en banc). The Moncrieffe decision seems to overrule this invitation per Aguila-Montes de Oca to refer of evidence pertaining to a non-element fact. The decision limits the categorical approach inquiry to the elements and sentencing. Thus if the “missing element” rule is essentially reinstated per this decision, some statutes, like the one at issue in Moncrieffe, will not carry adverse immigration consequences, and the immigrant will not have to produce evidence proving they did not commit an aspect of the offense that otherwise, under Aguila-Montes de Oca, may have held adverse immigration consequences.

Strict application of the categorical approach also means no mini-trials. The decision highlights the inappropriateness, and unfairness of retrying noncitizens for the underlying criminal offense in immigration court by requiring them to produce evidence pertaining to the criminal offense.

The Court’s ruling with respect to the outcome where the immigrant is convicted under a criminal statute where the record is not conclusive as to which specific offense was at issue suggests a departure from the Ninth Circuit’s ruling in Young v. Holder, and a return to Sandoval-Lua v. Gonzales where if the record is vague, the immigrant is eligible for relief. Young v. Holder, 697 F.3d 976 (9th Cir. 2012); Sandoval-Lua v. Gonzales (499 F.3d 1121 (9th Cir. 2007). The Court made clear that their analysis pursuant to the categorical approach applies in the contexts of both proving removability, and eligibility for relief. Moncrieffe at fn. 4.

While this decision indicates that social sharing of a small amount of marijuana is not an aggravated felony, it broader implications and subtleties that practitioners will be analyzing in the months to come. In the coming weeks the Court is also expected to rule on Descamps v. U.S., and although it is a criminal case, that upcoming ruling may have additional implications for noncitizens in removal proceedings.

Listed below are links to weblogs that reference Supreme Court Decision in Moncrieffe Signifies a Return to Strict Application of the Categorical Approach by Carrie L. Rosenbaum: