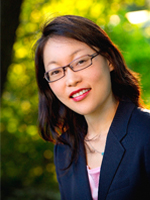 Abstract: The nation is at a tipping point for immigration reform. The two groups most targeted by immigration control law over the last century, Asians and Hispanics, have increased in numbers and political power. Immigration reform now looms as an offering to rising minority groups rather than a strategy to keep their numbers down. Controversies over investigation, surveillance and suspicion with spillover harms for Americans perceived as immigrants have galvanized these rising voter groups. Alarms are also sounding about the expense and waste of criminally processing immigrants and the cost of rampant civil incarceration, which has made Immigration and Customs Enforcement the nation’s largest jailor. Yet as in the past, the political and scholarly debate over immigration reform continues to be dominated by the seemingly impassable divide between clashing worldviews. The central cleavage is between hierarchist and egalitarian orientations. Valuing order, hierarchs are concerned about deterring law-breakers who jump the lines and gates necessary to preserve America’s limited resources and standard of living. Valuing equality, egalitarians are concerned about a vast racially-associated underclass without legal protections or recognition. Hierarchs say that egalitarians are dangerous bleeding hearts and egalitarians say hierarchs lack heart. Renewed focus on paths to legalization for unauthorized immigrants, also termed amnesty, has revived the conflicts that doomed reform proposals in 2005, 2006, 2007 and 2010. In the clash, both camps miss opportunities for progress on issues sorely in need of redress that endanger values important to each side. Progressing beyond the usual intractable conflicts, this article explores how demographic change and fiscal responsibility can help bridge worldviews and illuminate the need to reform immigration criminalization and civil incarceration. It demonstrates that immigration criminalization and incarceration reform needs to be on the agenda. Reform need not mean unrealistic radical abolition. Achievable results can start with addressing spillover costs and harm from immigration criminalization and incarceration overbreadth embedded in the structure of current laws bearing the imprint of a repudiated past.

Listed below are links to weblogs that reference Immigration Article of the Day: Mary Fan, Money, Demography and Immigration Criminalization Reform: