Immigration Article of the Day: Immigration Preemption and the Limits of State Power: Reflections on Arizona v. United States by Lucas Guttentag 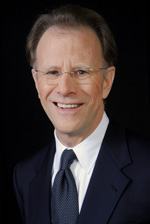 In Arizona v. United States, the Supreme Court articulated a robust vision of federal preemption in the realm of immigration law. The decision invalidated all but one challenged section of Arizona’s strict immigration enforcement initiative, SB 1070, on facial preemption grounds — holding that, in no circumstances, could these provisions operate without encroaching upon the federal government’s immigration enforcement authority. This Article situates the ruling in the context of the Court’s immigration federalism jurisprudence, noting that, until 2011, the Court had not heard an immigration federalism case in over twenty-five years. It argues that in the wake of Arizona, theories supporting a state immigration power have been significantly refuted. The Court’s analysis has rejected the analytical underpinnings of claims that state police possess “inherent authority” to enforce federal immigration violations and that sub-federal immigration regulation is permissible so long as it “mirrors” federal law. The Article further asserts that Arizona prohibits not only police enforcement of civil immigration violations but also casts doubt on police authority over federal immigration crimes, thus further limiting states’ authority to engage in immigration law enforcement without express federal authority. Concluding observations separately comment on the effect of the Arizona decision on the Supreme Court’s ruling in INS v. Lopez-Mendoza, which limited application of the Fourth Amendment exclusionary rule in immigration proceedings.

Listed below are links to weblogs that reference Immigration Article of the Day: Immigration Preemption and the Limits of State Power: Reflections on Arizona v. United States by Lucas Guttentag :