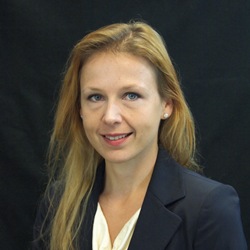 Abstract:   Contemporary European immigrants face unique socio-cultural and legal concerns that go beyond issues of race, class, national origins, or accent discrimination. These concerns are not adequately addressed by laws protecting groups based on their national-origins or ancestries. Scholarship and public discussions are silent on this topic. As a result, European-born Americans fall through the cracks in critical legal theory, not fitting into any of the traditional analytical frameworks. No labels apply to them. Like their predecessors a century ago, they are expected to assimilate easily. At the same time, they are (incorrectly) assumed to always, and uniformly benefit from access to white privilege. In reality, European-born Americans oscillate between being visible as foreigners, and fading into the invisible “white” norm. A closer analysis of their culturally-constructed identity — as illustrated by looking at employment discrimination — exposes the artificiality of the concept of “whiteness.” A more accurate understanding of European immigrants’ experience also calls for a more holistic and consistent definition and application of “national origins” protections under Title VII, and of “race”-based safeguards under section 1981. Looking more critically at the European immigrant experience points to the benefits of separating the concept of foreignness from the study of “race,” which often gets conflated with notions of national-origin and ethnicity.

Listed below are links to weblogs that reference Immigration Article of the Day: Dagmar Rita Myslinska, Contemporary First-Generation European Americans: The Unbearable 'Whiteness' of Being: