Immigration Article of the Day: Race, Legality, and the Social Policy Consequences of Anti-Immigration Mobilization by Hana E. Brown 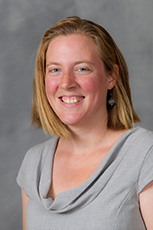 Abstract: With the dramatic rise in the U.S. Hispanic population, scholars have struggled to explain how race affects welfare state development beyond the Black-White divide. This article uses a comparative analysis of welfare reforms in California and Arizona to examine how anti-Hispanic stereotypes affect social policy formation. Drawing on interviews, archival materials, and newspaper content analysis, I find that animus toward Hispanics is mobilized through two collective action frames: a legality frame and a racial frame. The legality frame lauds the contributions of documented noncitizens while demonizing illegal immigrants. The racial frame celebrates the moral worth of White citizens and uses explicit racial language to deride Hispanics as undeserving. These subtle differences in racialization and worth attribution create divergent political opportunities for welfare policy. When advocates employ the legality frame, they create openings for rights claims by documented noncitizens. Use of the racial frame, however, dampens cross-racial mobilization and effective claims-making for expansive welfare policies. These findings help to explain why the relationship between race and welfare policy is less predictable for Hispanics than for Blacks. They also reveal surprising ways in which race and immigration affect contemporary politics and political mobilization.

Listed below are links to weblogs that reference Immigration Article of the Day: Race, Legality, and the Social Policy Consequences of Anti-Immigration Mobilization by Hana E. Brown: