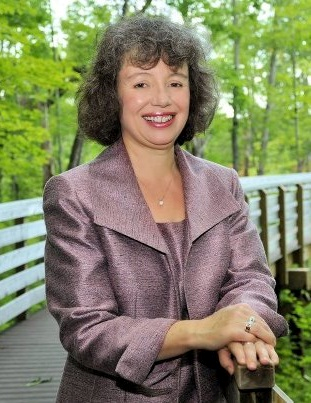 ABSTRACT This article explores how Deferred Action for Childhood Arrivals (DACA) emerged both from thwarted efforts at immigration reform and the Supreme Court’s highly anticipated decision in Arizona v. United States. I argue that DACA not only was adopted in response to repeated failed efforts to pass the DREAM Act; it was also promulgated in anticipation of a possible favorable ruling by the Court on S.B. 1070. In Part I, I examine the current separation of powers crisis in immigration policy. I look in particular at both the context in which DACA was adopted and at the ICE Plaintiffs’ challenge to DACA’s constitutionality in Crane et al v. Napolitano. I address several of the constitutional concerns raised, classifying them into four different types of arguments: 1.) The Youngstown-Curtiss-Wright Dichotomy; 2.) The Non-Delegation Doctrine Resurrection; 3.) The “Take Care” Crisis; and 4.) The Notice and Comment Myth. In Part II, I address the federalism crisis in immigration policy. I argue that DACA was aimed at least in part at weakening the potential impact of S.B. 1070 by carving out a class of individuals who the states could not target and placing them in a quasi-legal status that hopefully would immunize them from state enforcement of the immigration laws and make them eligible for certain state benefits. I examine deferred action as one of many twilight statuses utilized by the immigration authorities where beneficiaries enjoy temporary relief from removal, (often) eligibility for work authorization, and (sometimes) the prospect of lawful residency. I ultimately conclude that DACA was a justifiable assertion of Executive authority in the face of a constitutional crisis marked by gridlock in Congress and restrictionism in many states. DACA fell squarely within Executive enforcement powers under an expansive interpretation of congressional and executive authority that has deep roots in the plenary power doctrine, case law going back over a century, the well-established use of deferred action and similar forms of prosecutorial discretion, and the broad delegation of powers by Congress to the Executive under the Immigration & Nationality Act. In short, like Dorothy’s ruby slippers, the Administration’s power was there all along. In announcing DACA on the eves of the Court’s decision in Arizona v. United States and the 2012 elections, the Obama Administration took a bold political move that not only may have won him the election but may have reenergized his Administration, restored balance in the government, and laid the foundation for comprehensive immigration reform. At the same the Administration must be cautious in its final term to work within the constraints of the Constitution, to focus on comprehensive immigration reform in Congress, and to not establish a precedent for unilateralism that will be subject to abuse in future administrations.

Listed below are links to weblogs that reference Immigration Article of the Day: Lauren Gilbert, Obama’s Ruby Slippers: Enforcement Discretion in the Absence of Immigration Reform :