Immigration Article of the Day: Immigration, Sovereignty, and the Constitution of Foreignness by Matthew J. Lindsay 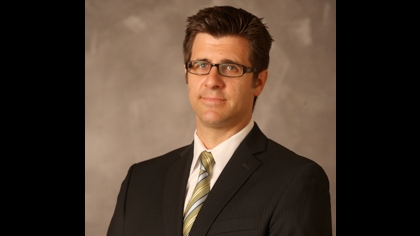 Abstract: It is a central premise of modern American immigration law that immigrants, by virtue of their non-citizenship, are properly subject to an extra-constitutional regulatory authority that is inherent in national sovereignty and buffered against judicial review. The Supreme Court first posited this constitutionally exceptional authority, which is commonly known as the “plenary power doctrine,” in the 1889 Chinese Exclusion Case. There, the Court reconstructed the federal immigration power from a form of commercial regulation rooted in Congress’s commerce power, to an instrument of national self-defense against invading hordes of economically and racially degraded foreigners. Today, generations after the United States abandoned overtly racist immigration policies, such as Chinese exclusion and national origins quotas, the Supreme Court continues to reaffirm Congress and the President’s virtually unchecked authority over the admission, exclusion, and removal of non-citizens, as though such authority were a logical concomitant of national sovereignty. Accordingly, modern judicial defenders of the plenary power doctrine generally turn a blind eye to the indecorous racial reasoning deployed by its architects. This Article argues that although the language of race and invasion has been purged from the vocabulary, and perhaps worldview, of most modern policymakers and judges, the logic of foreign aggression remains indispensible in accounting for a power unmoored from the Constitution and shielded from judicial scrutiny. Throughout the nation’s first century, the Supreme Court found nothing constitutionally exceptional about a statute that governed foreigners engaged in the process of immigration. Immigrants’ non-citizenship was incidental to the nature of the regulatory authority to which they were subject. Non-citizenship became a trigger for extra-constitutional authority only in the final decades of the nineteenth century, as Chinese and “new” European migrants alike increasingly became understood as fundamentally and permanently alien to the national character. This Article demonstrates that it was precisely this perception of immigrants’ essential, indelible foreignness — their racial difference, their inability to assimilate, their corrosive effect on American citizenship — that gave substance to the metaphor of racial invasion, and thus to the Court’s analogy between immigration regulation and war. The Court’s intemperate defense of American citizenship against invading foreign races cannot, therefore, be swept aside as anachronistic dicta cluttering the otherwise logically sound foundation of immigration exceptionalism; rather, it is the cornerstone of the entire edifice.

Listed below are links to weblogs that reference Immigration Article of the Day: Immigration, Sovereignty, and the Constitution of Foreignness by Matthew J. Lindsay :