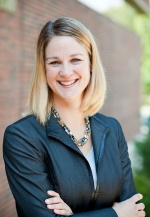 In the last several years, state and local governments have passed laws that attempt to “get tough on undocumented migrants.” The Supreme Court recently addressed one of these measures in Arizona v. United States, and the Court may soon be considering another. The United States Court of Appeals for the Fifth Circuit will soon announces its en banc opinion in the case Villas at Parkside Partners v. City of Farmers Branch. The case concerns a law that directs the building inspector of Farmers Branch—a Dallas-Fort Worth suburb—to “‘verify with the federal government’ whether every noncitizen occupant of rental housing is ‘an alien lawfully present in the United States.’” If the building inspector finds that an occupant is not lawfully present, he or she must revoke that occupant’s “occupancy license,” which triggers potential criminal liability for both the occupant and the landlord.

According to Professor Kit Johnson, the Farmers Branch law is an “unconstitutional usurpation of the federal government’s exclusive authority over immigration law and policy,” and she believes the Fifth Circuit should affirm the two opinions below that struck down the law under federal preemption doctrine.

While Professor Peter J. Spiro agrees with Professor Johnson that the law will be struck down, he argues that “it is not clear that it should be.” According to Professor Spiro, the Supreme Court’s immigration preemption doctrine is outmoded, heavy-handed, and forbids states from “undertak[ing] broader experimentation with immigration federalism” that might ultimately benefit immigrants.

Listed below are links to weblogs that reference Immigration Preemption after Arizona v. United States: