Here it the transcript to the oral arguments before the U.S. Supreme Court this morning in Moncrieffe v. Holder. Click here for a preview of the issues in the case. 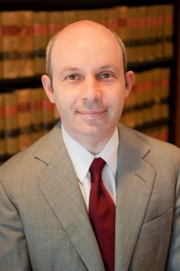 During the argument, the Justices seemed taken aback by the fact that a legal immigrant from Jamaica who had lived in the United States for more than 25 years (and had a family with U.S. citizen children) faced possible mandatory removal (without eligibility for any relief) based on a state marijuana conviction based on what appeared to be mere possession of a few grams of marijuana -- a conviction that the U.S. government claimed was an "aggravated felony."

During the arguments, both advocates were peppered with questions.  It seemed to me that the Justices, including Chief Justice Roberts, Kennedy, and perhaps even Scalia (as well as Ginsburg, Breyer, Sotomayor, and Kagan) were not particularly sympathetic to the U.S. government's position.  Justices Thomas and Alito did not ask any questions (unless one equates the reference of one of the advocates to a Justice Thomas dissent as a question by him).  I suspect that those two Justices support affirmance of the removal order.

The argument focused initially on documenting precisely how much marijuana was at issue in the state criminal prosecution,  with the Justices seemingly satisfied that only a few grams of marijuana were at issue.  In response to questioning, Thomas Goldstein admitted that he had been unable to find statistics on how many convictions there were like Moncrieffe's under the Georgia statute under which he was charged.  Recall that Moncrieffe was charged under a broad Georgia law for possession of marijuana with intent to distribute, a law that criminalizes the social sharing of small amounts of marijuana as well as the distribution of larger amounts. As a first time offender, Moncrieffe pleaded guilty and completed probation without incident.

Much of the argument focused on the nuances of the criminal removal provisions of the U.S. immigration laws.  The Justices semed to come to understand that, if Moncrieffe's conviction under the Georgia law constituted an "aggravated felony" under the Immigration and Nationality Act, he would be subject to mandatory removal and would be ineligible for any relief from removal; if the conviction were found not to be an "aggravated felony," he would still be subject to removal but could seek a form of relief from removal known as "cancellation of removal."

In analyzing whether convictions under the Georgia law were aggravated felonies, the Justices asked a number of questions about Carachuri-Rosendo v. Holder.  In that 2010 decision, the Court rejected the U.S. government’s effort to legal immigrant with a relatively minor drug conviction, a misdemeanor conviction under Texas law for possession of one tablet of an antianxiety medication. It was a second offense – the first was for a misdemeanor marijuana possession. The U.S. government treated the state misdemeanor conviction as an aggravated felony and sought to deport a lawful permanent resident from Mexico as an “aggravated felon.” The Court rejected the conclusion that the minor drug conviction constituted an “aggravated felony” and followed what is known as the categorical approach, requiring that the conviction itself must include each of the findings necessary to render the conviction a felony under the federal Controlled Substances Act. In so holding, Justice Stevens wrote that

"We do not usually think of a 10-day sentence for the unauthorized possession of a trivial amount of a prescription drug as an `aggravated felony.' A `felony,' we have come to understand, is a `serious crime usually punishable by imprisonment for more than one year or by death.'"

After all is said and done, my firm sense is that the case boils down to this for the Justices -- the possible injustice of subjecting a long-term resident of the United States to removal because of one conviction for possession of a very small amout of marijuana.

Listed below are links to weblogs that reference SCOTUS Oral Arguments in Moncrieffe v. Holder: