Immigration Article of the Day: Governors! Seize the Law: A Call to Expand the Use of Pardons to Provide Relief from Deportation by Stacy Caplow 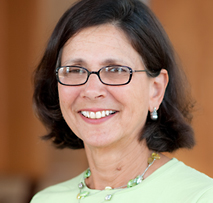 Governors! Seize the Law: A Call to Expand the Use of Pardons to Provide Relief from Deportation by Stacy Caplow Brooklyn Law School.  Boston University Public Interest Law Journal (Forthcoming).

Abstract: An obscure provision of the Immigration and Nationality Act allows an immigrant convicted of a wide range of crimes that are grounds for deportation to avoid this fate if pardoned by a chief executive. In the current era of expansion of the categories of crimes that constitute grounds for deportation and the shrinkage of equitable forms of relief, a pardon presents a vehicle for ameliorating these harsh effects. But few presidents or governors take advantage of this opportunity, even when the individual facing deportation is a long-term lawful resident whose transgression occurred long ago. During a few months in 2010, New York Governor David A. Patterson broke this trend to establish a pardon panel specifically to consider applications from immigrants. This article argues that Governor Patterson's resolute and courageous, but ephemeral example presents a model for governors in all states to exercise discretion on behalf of individuals who deserve the exercise of mercy and justice that a full and unconditional pardon confers, particularly when the permanent exile they face far exceeds their wronging and is disproportionate to their well-established character.

Listed below are links to weblogs that reference Immigration Article of the Day: Governors! Seize the Law: A Call to Expand the Use of Pardons to Provide Relief from Deportation by Stacy Caplow :