The Obama administration's program of Deferred Action for Childhood Arrivals (DACA) has been in the news this week, with the details of the program made available and the U.S. government now accepting applications.  Under the program, eligible noncitizens would be eligible for a temporary work authorization and presumably a Social Security card.

One issue that has arose is whether deferred departure recipients would be eligible for state-issued driver's licenses.  Of course, driver's license eligibility for undocumented immigrants long has been a contentious issue across the country.

Generally speaking, driver's license eligibility is in the hands of the states.  Almost all of the states bar undocumented immigrants from being eligible for licenses. 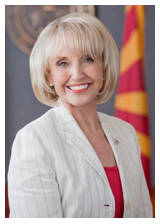 In contrast, the state of Arizona, home of the immigration enforcement law known as S.B. 1070 (which the Supreme Court struck down in large part) and controversial Maricopa County Sheriff Joe Arpaio, apparently seeks to return to the national immigration fray.  In response to the unveiling of the new program, Arizona Governor Jan Brewer issued an executive order yesterday -- the same day that the administration began accepting applications -- barring the state from issuing Arizona driver's licenses (as well as providing public benefits) to noncitizens granted relief under the administration's new deferred departure program.

We will see how the driver's license issues unfolds with the implementation of the new deferred departure program.  It is one of possibly a number of issues that may arise as the Obama administration's new program becomes operational.  Interestingly, Arizona appears ready-and-willing -- locked and loaded, if you will -- to do its very best to stay at the heart of the national immigration debate.

Listed below are links to weblogs that reference Rust Never Sleeps: Controversy Over Driver's Licenses and Deferred Departure: