Rubén Rumbaut on the Bracero Program 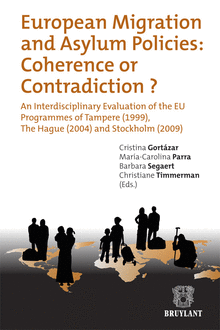 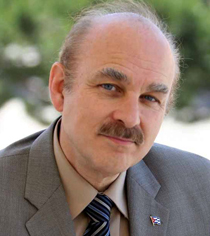 Harvest of Loneliness? Braceros in the American Past, the Politics of the Present, and Lessons for the Future by Rubén G. Rumbaut University of California, Irvine - Department of Sociology 2012 In Cristina Gortázar, Carolina M. Parra, B. Segaert, and Christiane Timmerman, eds., European Migration and Asylum Policies: Coherence or Contradiction? Brussels, Belgium: Éditions Bruylant, 2012.

Abstract: Closing keynote to the Scribani International Conference in Madrid, and European premiere of the documentary “Harvest of Loneliness,” a critical reexamination of the bilateral US-Mexico contract labor program instituted in 1942 ostensibly to meet temporary labor shortages in the U.S. during World War II. But the program did not end when the war ended in 1945; at the behest of the corporate growers, it kept being extended by the U.S. Congress until 1964, becoming the largest such “guest worker” program of its kind to date—and one of the largest mass movements of workers in history. The program was presented to the public via newscasts, newspapers, journals and government publications as an ideal program that uplifted the economy of Mexico and satisfied the need for workers in the United States. The reality was much different. The Bracero Program was implemented to ensure accessible, cheap, controlled and disposable labor with little regard for the adverse and irreversible impact it had on Mexican families. During its 22 years no agricultural labor union succeeded in organizing or carrying out a strike—it was not until the end of the Bracero Program, which cut off of the supply of Mexican workers, that saw the emergence of the United Farm Workers. Still, after the Bracero Program ended formally in 1964 it was de facto maintained informally by growing streams of undocumented immigrant labor, leading to the present moment. Practically all of Mexico has been affected: fewer than 4% of Mexico’s 2,443 municipalities have no migrants living and working in the U.S. Mexican-born immigrants in the U.S. today number nearly 12 million; over half of them are undocumented. In the U.S. the political vacuum left by the failure of the federal government to pass “comprehensive immigration reform”—given the irreconcilable conflict between those who sought “enforcement” solutions to the presence of millions of migrant workers (from their criminalization and deportation to fencing the southern border) to those who sought to forge paths to their eventual legalization and integration (denigrated as “amnesty” by opponents)—has been filled by hundreds of attempts by state and local governments to assume federal immigration control functions in a growing climate of fear and enforced opprobrium. Yet it is not an American problem but a worldwide issue of vast consequence that will grow in magnitude in the years to come. In looking to the future it is wise to reexamine the experience and lessons of the past—especially given Europe’s parallel needs for manual laborers. These new braceros have been dubbed “outcasts of modernity,” “irregular” labor migrants, “illegal aliens”—terms which describe an unequal master status affecting every aspect of the life of a subclass of people without rights. They are products of a globalized political and economic system that creates illegality by displacing people and then denying them equal rights to do what they have to do to survive: move to find work. As migration pressures continue to mount as a result of global inequality, so will fear of the foreigner—the xenophobia of what has been called a “society of contempt.”

Listed below are links to weblogs that reference Rubén Rumbaut on the Bracero Program: