Federal Judge Richard Posner: The GOP Has Made Me Less Conservative 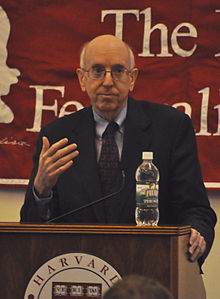 Nina Totenberg of NPR has a nice interview with Judge Richard Posner of the U.S. Court of Appeals for the Seventh Circuit. Judge Posner, appointed by President Reagan and frequent critic of rulings of thr Board of Immigration Appeals, has long been one of the nation's most respected legal thinkers on the right. In the interview, he expressed exasperation at the modern Republican Party, and confessed that he has become "less conservative" as a result.

Listed below are links to weblogs that reference Federal Judge Richard Posner: The GOP Has Made Me Less Conservative: