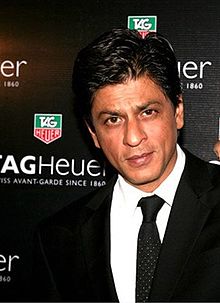 Earlier this month, Indian movie star Shah Rukh Khan, a/k/a the King of Bollywood, was detained and held for over two hours by U.S. immigration officials. He arrived in New York from India by private jet to address Yale students (who he later reportedly "charmed").  Click here for details.

Listed below are links to weblogs that reference ICE v. King of Bollywood? Bollywood Movie Star Detained by La Migra: