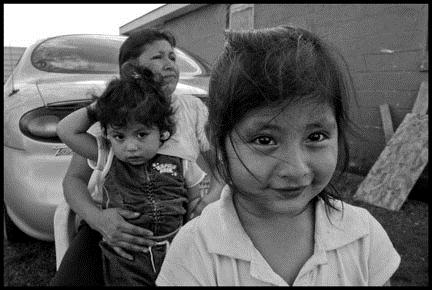 Labornote websiste: Keith Ludlum and Terry Slaughter are two slaughterhouse workers who helped organize the union at the Smithfield Foods plant in Tar Heel, North Carolina. Here they tell the story of the way African American, white and Mexican immigrant workers were able to find common ground in that campaign, and how the company used immigration enforcement to try to defeat them. The original interviews have been edited into narrative form by David Bacon.

Listed below are links to weblogs that reference COMMON GROUND ON THE KILL FLOOR - ORGANIZING SMITHFIELD Interviews and Photos by David Bacon: