From the NY Times: 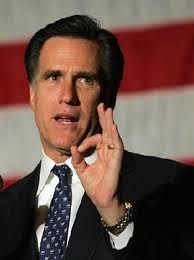 When Mitt Romney pulled in for a campaign rally here recently, he pointedly left his tough stance against unauthorized immigration far behind in South Carolina, where he had trumpeted the issue repeatedly.

It was a tactical decision designed to avoid irritating Florida’s coveted 450,000 Hispanic Republican voters, a group that is overwhelmingly Cuban-American, as he headed into the Jan. 31 presidential primary here, political analysts say.

But Mr. Romney, who takes a hard line on unauthorized immigration, was also banking on the likelihood that the Hispanic voters — a pivotal bloc in a pivotal state — care more about jobs and the distressed economy than green cards and the Dream Act, a proposal to give legal status to some undocumented immigrants who came into the United States as children.

In this, Mr. Romney is right. Unlike many Mexicans and other Hispanics in California and the Southwest, Cuban-Americans do not view immigration as a defining issue in the election. That is because for decades Cubans arriving in the United States have been automatically granted United States residency after their first year here, a holdover from the cold war. Puerto Ricans, who make up the second-largest group of Hispanics in Florida, are already citizens and are also less concerned about immigration. Read more...

Listed below are links to weblogs that reference Romney's Cuban Vote Strategy in Florida Downplays Immigration: