Mourning the Loss of Gordon Hirabayashi

From the Asian Law Caucus: 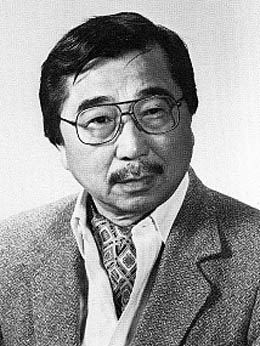 The Fred T. Korematsu Institute for Civil Rights and Education, along with the members of the Asian American Center for Advancing Justice (Advancing Justice) - Asian Law Caucus, Asian American Justice Center, Asian American Institute and Asian Pacific American Legal Center - mourn the loss of civil rights leader Gordon Hirabayashi, who passed away on January 2, 2012 in Edmonton, Alberta, Canada at the age of 93. His former wife, Esther Hirabayashi, passed away in Edmonton just hours later on the same day. She was 87.

He is survived by his wife, Susan, his children, Marion, Sharon, and Jay, his brother, James, and his sister Esther (also known as Tosh Furugori). "He was a great father who taught me about the values of honesty, integrity and justice," says his son, Jay Hirabayashi. "He was rightly recognized as a hero, but he never saw himself that way. He saw himself as someone who did what he had to do to stand up for the rights he believed in."

In 1942, Hirabayashi was a 24-year-old student at the University of Washington when President Franklin Roosevelt issued Executive Order 9066, ordering the incarceration of 120,000 innocent people of Japanese ancestry. Hirabayashi, an American citizen, turned himself into the FBI in order to intentionally defy a curfew law imposed on all west coast residents of Japanese ancestry. After he was arrested and convicted, Hirabayashi appealed his case to the U.S. Supreme Court. Similar to Korematsu v. United States (1944), and Yasui v. United States (1943), the Supreme Court sadly ruled in Hirabayashi v United States (1943) that the curfew law was justified due to military necessity. Hirabayashi was sent to a prison camp in Arizona.

In 1983 and 1987, after the discovery of new evidence proving the government had known there was no grounds for the mass incarceration, both Korematsu and Hirabayashi re-opened their cases, leading their convictions to be overturned in the U.S. District Court N.D. Cal. and the U.S. Court of Appeals 9th Cir., respectively. Their cases never reached the U.S. Supreme Court again, and the high court's decisions in Korematsu v. United States and Hirabayashi v. United States are widely condemned as one of the darkest chapters in American legal history. Min Yasui's case was also re-opened in the 1980s, but Yasui passed away in 1986 before his second case was decided.

"Gordon Hirabayashi was a principled man of peace who, with the courage of his convictions, left us with an enduring legal and social legacy," says Rodney L. Kawakami, lead attorney for the Hirabayashi 1980s legal team. "He inspired us to remember that our Constitutional rights come with a price and that we have an obligation to be constantly vigilant to protect these cherished rights by speaking out in times of crisis, even when unpopular."

Hirabayashi went on to teach sociology for many years at the University of Alberta in Canada. In 1999, the former Catalina Federal Honor Camp near Tucson, AZ, where Hirabayashi was sentenced to hard labor in the 1940s, was renamed the Gordon Hirabayashi Recreation Site. Since 2007, the East West Players, an Asian American theater company, has produced stage productions based on his life. In May 2011, acting U.S. Solicitor General Neal Katyal released an unprecedented "confession of error" in the Korematsu and Hirabayashi cases.

Listed below are links to weblogs that reference Mourning the Loss of Gordon Hirabayashi: