Herman Cain's campaign for the presidency is dead, but his so-called solution to undocumented migration is alive and well. 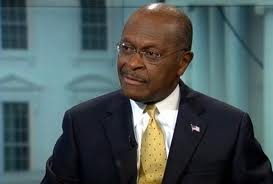 When Herman Cain offered an “electrified” fence as the solution to undocumented immigration, the Republican presidential hopeful was immediately criticized as being cold, inhumane, and uncivil. I suppose the criticism is based on an understanding that as bad as the challenge of undocumented immigration may be to many Americans, we are not so inhumane or uncivilized that we would kill surreptitious border crossers who simply are entering to find work to feed their families. But the truth is that Cain’s death trap idea has been a reality along the U.S.—Mexico border for more than fifteen years in the form of Operation Gatekeeper, that results in an average of one death per day along the southwest border.

In January 1994, a year after President Clinton took office, the Border Patrol embarked on a strategy of “control through deterrence” that has proven deadly. At the time, the San Diego sector of the Border Patrol was the preferred site of entry for migrants entering the United States without inspection.  That year, about half million apprehensions of illicit border crossers were made in the San Diego sector, far surpassing the sectors with the next highest apprehensions: Tucson (140,000) and McAllen, Texas (125,000). In the San Diego sector, most migrants entered along the fourteen-mile area from the Pacific Ocean to  the base of the Otay Mountains—a stretch that involved easy terrain and gentle climbs where the crossing lasted only ten or fifteen minutes to a pick up point.

The idea behind Operation Gatekeeper was to block traditional entry and smuggling routes with enforcement personnel and physical barriers. In the San Diego sector, efforts would be concentrated on the popular fourteen-mile section stretching eastward from the border. Here and in other heavily travelled areas, state-of-the art technology and a show of force were installed. Policymakers anticipated that the show of force would discourage migrants from entering without inspection. However, the assumptions proved wrong, as migrants began to traverse the border over more dangerous terrain and the use of unscrupulous smugglers surged.

Why did the radical surge in deaths? The new, forced routes—the moral equivalent of Cain’s electrified fences—are death traps.  The correlation between increasing deaths and Gatekeeper’s closure of the westernmost corridors is clear. While the distances migrants may have to travel in places like Texas are far, Arizona and the eastern part of the southern California border are hazardous. Arizona is home to the Sonoran desert. California has the Imperial Desert, the All-American Canal, and a mountain range that features rugged canyons, high desert, and desolate stretches. The Otay Mountains are rugged and steep, with cayon walls and hills reaching 4,000 feet. Extreme temperatures ranging from freezing cold in the winter to searing heat in the summer can kill unprepared travelers. The American Canal parallels the border for 44 miles. It is unfenced and unlighted, 21 feet deep and nearly as wide as a football field, with strong currents and one of the most polluted rivers in the United States.

The issue presented by Operation Gatekeeper is not whether the United States has a right to control its border. Rather, the issue is whether the United States has abused that right with a strategy designed to maximize the physical risks, thereby ensuring that hundreds of migrant will die each year. The dark side of Operation Gatekeeper reveals knowledge of the high probability of deaths on the part of the U.S. government and the American public that goes along with these policies. The Border Patrol has knowingly created a death trap to control the southwest border. Crossers have not been discouraged from continuing to enter, as the unemployment rate in Mexico remains high. Officials know that the terrain over which crossers are now forced to enter poses threats of mortal danger. Yet instead of retreating from its life-threatening strategy, DHS and the Border Patrol forge on, creating even greater physical challenges for crossers.  Operation Gatekeeper is not simply a law enforcement operation that has created harsh results. Gatekeeper is a law enforcement operation that imposes a death sentence on individuals—principally Mexicans—who simply are seeking a better life because of lack of employment on their side of the border. Read more here and here.

Listed below are links to weblogs that reference Cain's "Electrified" Fence Already a Reality: Operation Gatekeeper: