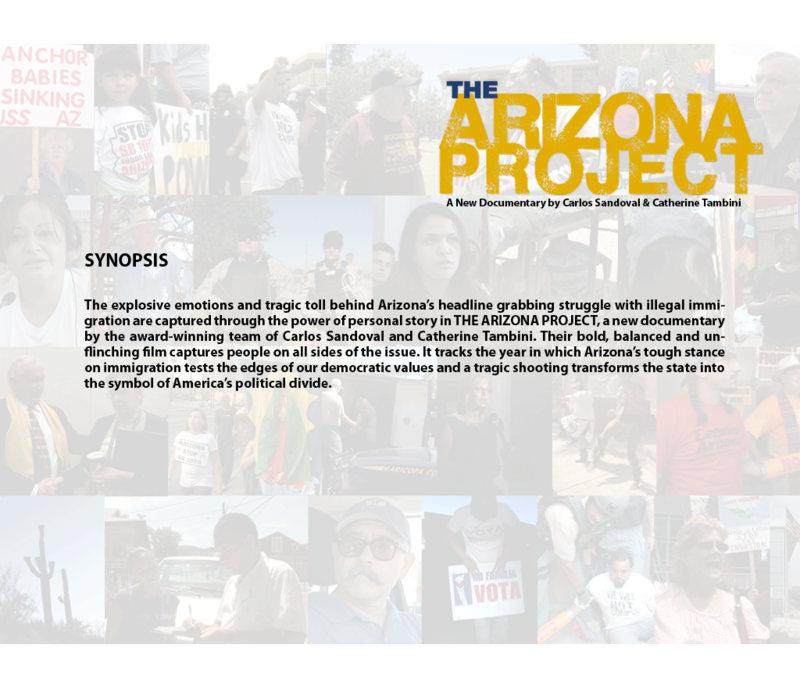 The Arizona Project (Working Title), a searing new documentary about Arizona’s controversial immigration law, SB1070, is one of only eight documentaries to receive a grant from the John D. and Catherine T. MacArthur Foundation. Catherine Tambini, in partnership with Carlos Sandoval, is directing and producing the film. The film is scheduled for completion in early 2012, in time to contribute to the immigration debate that is intensifying with the presidential election cycle.

The Arizona Project captures the explosive emotions and tragic toll behind Arizona’s headline grabbing struggle with illegal immigration. Tracking the year after Arizona passes SB1070, its controversial “papers please” law, the unflinching film tells the personal stories of Arizonans on all sides of this divisive issue and depicts a state and its people testing the edges of our democratic values. Noting the foundation’s commitment to independently produced films, MacArthur Vice President for Media, Culture, and Special Initiatives Elspeth Revere said, “Documentaries supported by MacArthur use compelling stories and characters to illuminate serious issues in approachable, creative and engaging ways."

Listed below are links to weblogs that reference The Arizona Project Receives a MacArthur Documentary Film Grant :