Using a little-known government program, the United States Department of Homeland Security (DHS) has pushed nearly 160,000 immigrants – many with deep ties to the United States – through an expedited deportation process, sometimes without adequately informing them of their right to a day in court, according to a new analysis of thousands of pages of released government documents.

The report (Download Deportation-Without-Due-Process FINAL (2)), written by attorneys and law professors at Stanford Law School, the National Immigration Law Center, and Western State University College of Law, determined that DHS agents administering the program provided legally inaccurate portrayals of the opportunities to remain in the United States in order to boost deportation numbers, even though judges and others involved in the program voiced their concerns about how the program short-circuited individuals’ rights. Authors procured the previously unreleased documents, which included e-mails, memos, and data, through a Freedom of Information Act (FOIA) lawsuit.

According to the report, the documents revealed evidence that agents involved with the program routinely provided inaccurate and misleading information to detainees in deportation proceedings to coerce them into signing “stipulated orders of removal,” which waives a non-citizen’s right to a day in court in exchange for speedy deportation. At least one immigration judge involved in the program determined that, “the waiver is not knowing in almost all cases.” “The stipulated removal program has hit some of the most powerless members of our society the hardest: poor immigrants who are in immigration detention, who don’t have lawyers, and who are facing minor, civil immigration charges. Some of these noncitizens might actually have qualified to apply for lawful immigration status,” said 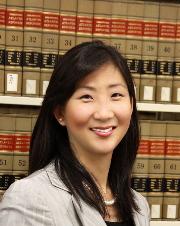 Jennifer Lee Koh, lead author of the report and assistant professor of law at Western State University College of Law. “Unfortunately, the documents reveal a government agency that is willing to cut corners around immigrants’ Constitutional due process rights in the name of boosting deportation numbers.”

Among the most troubling documents obtained through the lawsuit is a Spanish-language script, apparently used by agents administrating the program, to convince immigrants to sign the Stipulated Order of Removal. The script, which is replete with grammatical errors and legal inaccuracies, erroneously informs immigrants that the “only” way to “fix” their papers is through certain family relationships and openly discourages immigrants from taking their cases to court. “This report confirms what attorneys working in detention centers have heard for years: non-citizens, especially those with limited English skills, are pressured into signing documents without being informed of the severe consequences of their actions,” said Karen Tumlin, managing attorney at the National Immigration Law Center and co-author of the report. “Such activity flies in the face of our constitutionally-protected due process rights. Sadly, the DHS seems to have determined that flagrant disregard for the Constitution is a fair price to pay for the expedient expulsion of thousands of members of our communities.”

The report shows that the program, which began nearly a decade ago and dramatically expanded in 2003, has been encouraged by DHS Immigration and Customs Enforcement (ICE) officers at various levels of the organization. According to documents reviewed by the authors of the report, field offices were encouraged to use the program to boost deportation numbers and given incentives to increase the number of Stipulated Orders of Removals signed by detainees in their jurisdictions. “The stipulated removal program is a misguided solution to the U.S. government’s practice of over-detaining immigrants,” said Jayashri Srikantiah, professor of law and director of the Immigrants’ Rights Clinic at Stanford Law School and co-author of the report.  “The Obama administration should reconsider its detention practices instead of pressuring detainees to sign their own deportation orders. Due process requires more than a coerced choice between continued detention and giving up one’s day in court.”

The documents released show evidence that the noncitizens ensnared by the program were not given accurate information about their rights or current immigration law, and the documents reviewed suggest there are no policies preventing administrators from offering stipulated orders of removal to juveniles, the mentally ill, or other vulnerable populations. In 96% of all cases under the program analyzed by the authors of the report, immigrants did not have access to a lawyer, who could have provided immigrants with an accurate description of the often permanent ramifications of signing a Stipulated Order of Removal.

Authors propose a variety of policy recommendations to prevent future misuse of the program, including mandating that those who sign Stipulated Orders of Removal hold brief meetings with judges to discuss the consequences of participation in this program, and expanding access to legal information and attorneys.

Listed below are links to weblogs that reference NEW REPORT FINDS DUE PROCESS ABUSES IN SECRETIVE DEPORTATION PROGRAM: “Deportation Without Due Process” Shines Light on Government “Stipulated Order of Removal” Program, Finds Evidence of Misuse: