Fear Inc.: The Roots of the Islamophobia Network in America 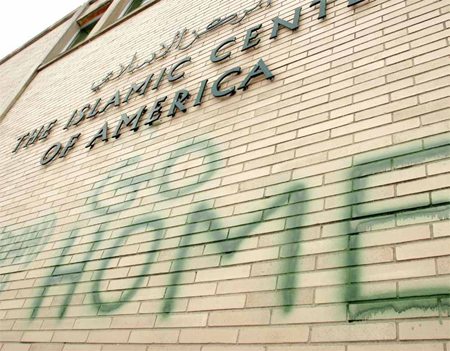 The Center for American Progress has rel;eased a report entitled "Fear Inc.: The Roots of the Islamophobia Network in America."  The report exposes how 7 funders have given $43 million over 10 years to a small, inter-connected group of individuals and organizations responsible for mainstreaming fear, bigotry and hate against Muslims and Islam in America.  It shows how several fictitious, anti-Muslim talking points have become mainstream "news" such as: -"President Obama is a Muslim" -"Sharia is a threat to America" -"Mosques are Trojan Horses" -"Radical Islam has infiltrated America, the government and mainstream Muslim organizations" - "There is no such thing as moderate Islam. Traditional Islam is radical Islam" - "Practicing Muslims cannot be loyal Americans" and so forth.

Listed below are links to weblogs that reference Fear Inc.: The Roots of the Islamophobia Network in America: