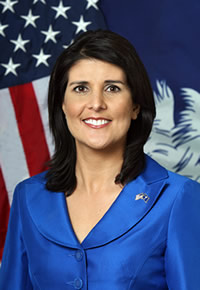 The following is a statement from Ali Noorani, Executive Director of the National Immigration Forum:

“South Carolina Governor Nikki Haley signed draconian immigration legislation that is a waste of taxpayer funds, a grave mistake and a defiance of common sense.

It is apparent that these laws, no matter what the authors have said, are unable to withstand scrutiny from the federal judiciary. So far, drastic anti-immigrant measures have been signed into law in five states and have been blocked from implementation by federal judges in four states because they are preempted by federal law. Civil rights groups have pledged to file a lawsuit against Alabama’s immigration law and legal experts expect its law to be blocked in federal courts as well.

It is obvious that South Carolina’s new law will suffer the same fate and various organizations have already pledged to file suit. South Carolina law enforcement experts have argued that given the state’s budget crisis and shortage of law enforcement agents, the state simply cannot afford to divert scarce police resources away from fighting crime.

Meanwhile in Indiana, moments after a federal judge in that state issued her ruling, Indiana Attorney General Greg Zoeller (R-IN) said in a statement that the ruling represented “an indictment of the federal government … (that) underscores the challenge to Indiana and other state lawmakers who have tried to respond to Washington’s failure.” We agree, but Indiana taxpayers shouldn’t have been in this position in the first place. Hoosiers would have been better served if their legislature had demanded action on immigration reform from Indiana’s congressional delegation in Washington. The same is true in Alabama, Arizona, South Carolina, and Utah. A lasting solution must and can only come from the federal government.

State leaders who claim their legislation will magically solve the immigration crisis are being disingenuous. In fact, state-based measures, whether in Indiana or South Carolina, have only exacerbated the problem and led to more confusion, more wasted money, and more chaos. Only the federal government can solve this problem, and the sooner Congress gets to work on the problem the better.”

Expect a lawsuit before the South Carolina law goes into effect in January.

It should not be surprising that Governor Haley signed the South Carolina bill into law.  Here is a video of a press conference in May in which she rails on the Obama administration for hampering the states in enforcing the immigration laws:

Listed below are links to weblogs that reference South Carolina Governor Signs Immigration Bill into Law: