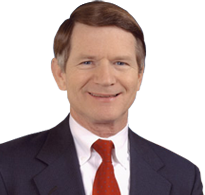 Angelo Paparelli on Nation on Immigrators  a draft mandatory E-Verify bill sponsored by Rep. Lamar Smith, Chair of the House Judiciary Committee.  Tentatively titled the “Legal Workforce Act” (LWA), the proposal would, avcording the Paparelli, " profoundly change hiring processes in the United States, and introduce expensive compliance obligations on all employers. It would also increase the burdens on federal and state courts and on public and private prisons by creating a host of new LWA criminal penalties involving sentences to run consecutively (read: longer incarceration periods)."

Here are a few key provisions of Rep. Smith's proposal:

•Mandatory Use Phased in. Employers would be required to enroll and use E-Verify by a set deadline based on the number of current workers.

• E-Verify Use Only for New Hires.

• No Preemption of AZ-style E-Verify Laws.

•Criminal Penalties for false I-9 attestations and improper use of E-Verify.

•Change in retention period. Employers would now be required to hold on to electronic or paper verification records for the later of five years from date of hire (currently it's three years) or one year from date of termination.

Listed below are links to weblogs that reference Nation of Immigrators -- Immigration Voyeurism: An Early Peek at Rep. Lamar Smith's Mandatory E-Verify Bill :