From the Bookshelves: Janny Scott, A Singular Woman: The Untold Story of Barack Obama's Mother 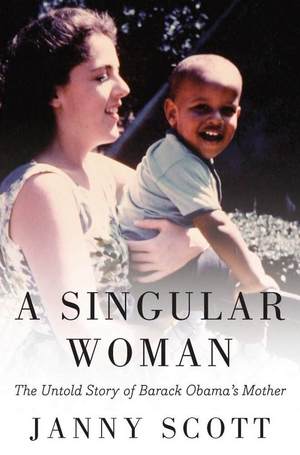 Janny Scott's biography of President Obama's mother, A Singular Woman, is an incredibly interesting read.  The book traces Stanley Ann Dunham's life -- including her brief marriage to Barack Obama Sr. and longer, but relatively brief, marriage with an Indonesian man -- and the relationship she had with her son, whose political rise came largely after her death in 1995.

A ruggedly independent person and intellectually in many ways ahead of her time, Dunham was an accomplished anthropologist who specialized in the informal markets of Indonesia, where women often are found. She lived in Indonesia with and without her now famous son for many years.  Dunham's empathy, toughness, intelligence, and gregariousness comes through in this book based on interviews with the President and his half-Asian sister, as well as many, many professors, friends, colleagues, and others.  Through many details and stories, we gain a better understanding of Stanley Ann Dunham and President Obama.

For an NPR story on the book, click here.

Listed below are links to weblogs that reference From the Bookshelves: Janny Scott, A Singular Woman: The Untold Story of Barack Obama's Mother: