Did Arizona Really Win at the Supreme Court? 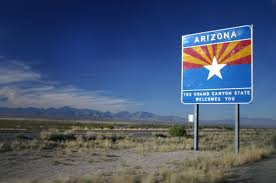 Last week, the Supreme Court upheld Arizona's "Legal Workers Arizona Act" (LAWA) enabling the state to revoke the business licenses of employers who hire undocumented workers. The ruling on the state's version of an "employer sanction" law passed in 2007 (not to be confused with the state's broader anti-immigrant SB 1070 passed last year and also headed for the high court) may backfire big time for the state.

In March, the Arizona state senate voted down five aggressively anti-immigrant bills (including an attack on birthright citizenship for children born in Arizona). A major reason was push back from the business community. Some 60 Arizona-based CEOs (including U.S. Airways, Ernst & Young, Wells Fargo Bank, and Cox Communications) penned a letter to lawmakers, urging them to stop passing harsh anti-illegal immigrant laws. The Arizona business community has been devastated (to the tune of $200 million) by boycotts and other backlash caused by the national attention SB 1070 has garnered. That means fewer jobs and less tax revenue. This is the result of citizens and residents across the nation pushing back with their wallets against SB 1070.

The effect on the state's convention and tourism industry after SB 1070 was immediate. Corporations and event planners, troubled by Arizona's anti-immigrant image, canceled convention reservations in Phoenix -- ordinarily a popular convention site. The Arizona Hotel and Lodging Association cite data on bookings showing Phoenix's ranking had dropped from the top four destinations nationwide to 23rd.

The fact that other states are mimicking Arizona's anti-immigrant strategy is foolish for them as well. Eliminating the undocumented workforce without providing an avenue for their labor to be utilized in the United States would have devastating economic consequences throughout the country. The U.S. Chamber of Commerce offers important data. Although immigrants account for 12.5 percent of the U.S. population, they make up about 15 percent of the workforce. They are overrepresented among workers largely because the rest of our population is aging: Immigrants and their children have accounted for 58 percent of U.S. population growth since 1980. This probably won't change anytime soon. Low U.S. fertility rates and the upcoming retirement of the baby boomers mean that immigration is likely to be the only source of growth in what we call the "prime age" workforce -- workers ages 25 to 55 -- in the decades ahead. As record numbers of retirees begin drawing Social Security checks, younger immigrant workers will be paying taxes, helping to ease the financial pressures on the system. Read more at Huffington Post.

Listed below are links to weblogs that reference Did Arizona Really Win at the Supreme Court?: