Editorial from the LA Times: 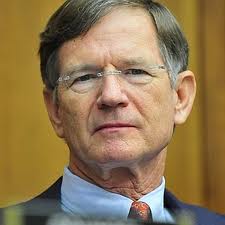 The House of Representatives has been holding hearings on a variety of immigration issues, including farm labor and ramped-up enforcement.

The latest issue to go before the House Immigration subcommittee involves the prolonged detention of immigrants, including asylum-seekers and legal permanent residents who commit crimes and are eligible to be deported.

At Tuesday's hearing, the debate focused on  HR 1932, a measure that seeks to strip away key parts of a 2001 U.S. Supreme Court decision. In Zadvydas vs Davis, the court ruled that an immigrant awaiting deportation could not be held in detention longer than six months if "there is no significant likelihood of removal in the reasonably foreseeable future." Countries that have poor diplomatic relations with the United States, such as Cuba, generally will not take back deported immigrants.

The sponsor of the proposal is Rep. Lamar Smith (R-Texas), who chairs the House Judiciary Committee. A strong proponent of stricter immigration enforcement, he said the Supreme Court's ruling "required dangerous criminal immigrants to be released into our communities.  All too often these criminal immigrants have gone on to commit more crimes."

Smith pointed to cases like that of a Cuban man who was released from immigration detention because he could not be returned to his homeland. The man later shot and killed a Florida police officer.

But the bill doesn't seem to acknowledge that current law provides limits on those who are considered a serious danger or a risk to national security.

The Patriot Act authorizes the Justice Department to detain those immigrants it believes to be a national security risk.  And state and federal laws already provide for the detention of those who are especially dangerous or mentally ill under civil commitment statutes.

Moreover, Smith's proposal would go well beyond allowing the indefinite detention of immigrants convicted of violent crimes. It would extend to those with convictions such as writing a bad check or minor drug offenses. Under immigration law, aggravated felonies are broadly defined to include nonviolent crimes that carry a sentence of more than one year or if the monetary loss exceeds more than $10,000. read more...

Listed below are links to weblogs that reference LA Times Challenges Lamar Smith: