Another Presidential Meeting on Immigration: Action and Leadership are Needed 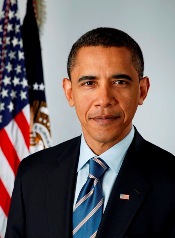 As Bill Hing reported, the White House yesterday convened a meeting of prominent leaders from the business, Latino and immigrant communities to discuss a strategy to achieve comprehensive immigration reform.  Along with the President, U.S. Attorney General Eric Holder, Homeland Security Secretary Janet Napolitano and Labor Secretary Hilda Solis attended the meeing.  Among those in attendance were:

The following is a statement from Ali Noorani, Executive Director of the National Immigration Forum, who also attended the meeting:

“Today’s meeting of business CEOs, key leaders of the faith and civil rights communities, as well as elected officials, is a useful step in moving forward the national conversation about comprehensive immigration reform. While we welcome this meeting, the President can and must do more to address our nation’s serious need for immigration reform.

As a result of federal inaction, state legislatures have taken matters into their own hands. Several considered or are considering extreme measures similar to Arizona’s immigration legislation. While most of these efforts have failed, too many have succeeded. Any day now, the Governor of Georgia is expected to sign a harsh law similar to Arizona’s. Attorney General Holder must promptly file suit against Georgia and other states that pass extreme, unconstitutional measures.

The Administration, however, can do much more than sue Arizona. The President can make changes now to help to alleviate the crisis. He should:

· Grant extreme hardship waivers of three- and 10-year bars to parents of U.S. citizen children so they may live in the United States and raise their American citizen children.

· Halt the expansion of the Secure Communities program until the Administration has created the internal safeguards and accountability needed to ensure that it focuses on the worst criminals and protects everyone’s civil rights.

Such legislation is long overdue, and the President should insist that the key leaders produce a bill that can move immediately.

However, the President should not wait for Congressional leaders. He should introduce his own vision for reform and lay out a legislative strategy to get it done. We would like the President to use the full power and resources of his office, and the bully pulpit, to push comprehensive immigration legislation forward.”

For a more critical view of the meeting -- indeed referring to it as a "PR stunt," click here.  Although the Obama administration has expressed a commitment to immigration reform, it to this point has pursued an "enforcement now, enforcement forever" policy that has had a devastating impact on immigrants and the greater community.

Listed below are links to weblogs that reference Another Presidential Meeting on Immigration: Action and Leadership are Needed: