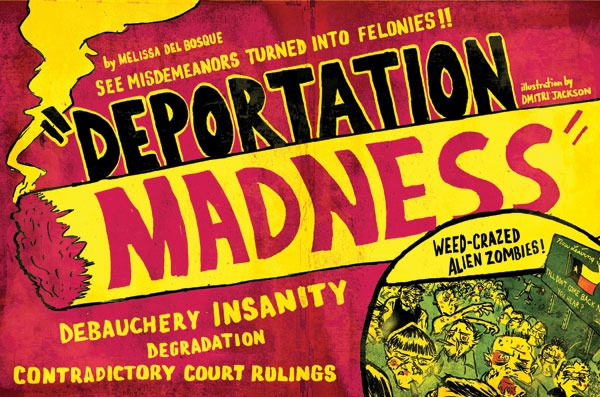 Listen at this link to a Takeaway interview on Arizona's latest immigration laws.  Almost a year ago, key parts of Arizona's controversial immigration enforcement law SB 1070 were declared unconstitutional by a federal judge. But this week, more than a dozen anti-immigration bills were introduced in the state. One bill would allow Arizona to build its own wall between it and Mexico. Another would require hospitals to check the legal status of patients. And the bill’s supporters are hoping that this time around, they can face down the feds by asserting state’s rights. Illegal immigrants would be barred from driving in the state, enrolling in school or receiving most public benefits. Their children would receive special birth certificates that would make clear that the state does not consider them Arizona citizens. Christopher "Buzz" Conover, reporter at KUAT Public Radio, joins The Takeawy from Tucson.

Listed below are links to weblogs that reference Arizona's New Wave of Anti-Immigration Bills :