Here is the 4th in a series.  Click here for the last installment.

Migrant Education is a product of the civil rights and farm worker movements of the 1960s. California's Migrant Education Program was established in 1967, two years into the five-year historic grape strike by the United Farm Workers. That strike, and the farm workers movement that it helped to ignite, gave migrant workers and their allies the political power necessary to get the state's educational system to respond to their needs. Today migrant education programs are one of the most important ways that farm worker families can win social equality and a future for their children beyond the fields.

The Pajaro Valley district includes thousands of students who travel with their families every year because their parents are migrant farm workers. The demographics of farm labor have changed radically over the last three decades. Today a large percentage of families come from Oaxaca and the states of southern Mexico. Many come from communities where people speak indigenous languages that were old when Columbus arrived in the Americas. The most common language among Watsonville students is Mixteco, although a few students speak Triqui or Zapoteco.

Families qualify as migrants because the parents work in farm labor, and have moved at least once in the last few years. In addition to education programs, children also get help with medical and dental care. The program has a very active parents group, with large meetings every month during the work season. Watsonville is close to the campus of the University of California in Santa Cruz, and university students help farm worker kids begin to think about the possibility of going to college.

Photographs: Children of migrant farm workers, many of them from indigenous Mixtec families from Oaxaca, are part of the Migrant Education program at Ohlone Elementary School. Ofelia Lopez is a Mixteco-speaking student in Jenny Doud's class. Doud helps students learn the words to a song. In another classroom, students hold hands, jump and dance. Natalia Gracida-Cruz is a tutor who speaks Mixteco with students for whom it is their primary language. Gabriela Diaz and Ruth Espinoza practice the sounds of the letters of the alphabet. Then Gracida-Cruz helps the two girls and Hector Cruz with recognizing letters and sounds. In another classroom she helps Victor Mendoza. Outside, older students get ready to practice a Mixteco song, including Romualdo Ortiz, Elizabeth Espinoza, Ezequiel Espinoza and Luis Lopez. Then Gracida-Cruz and migrant education instructor Casimira Salazar lead the four students, plus Claudia Salvador, in a song honoring Mexico's first indigenous president, Benito Juarez. 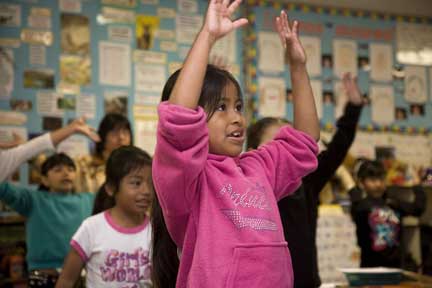 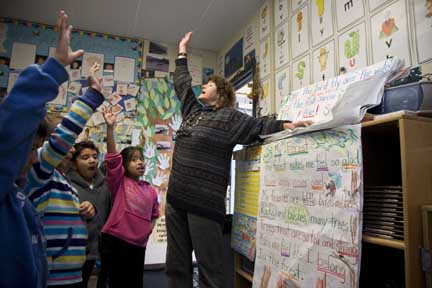 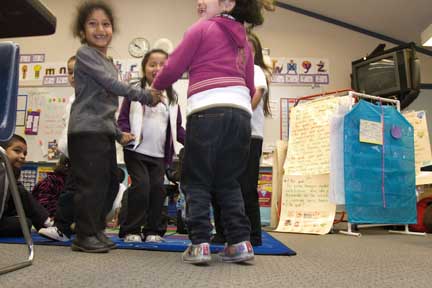 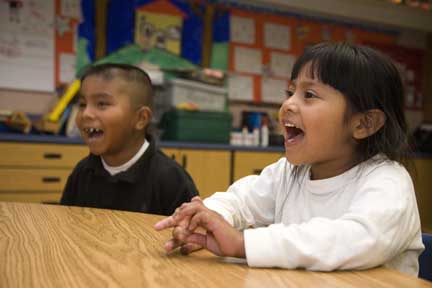 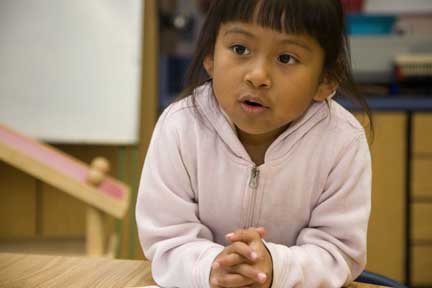 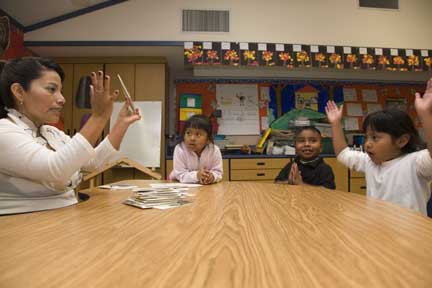 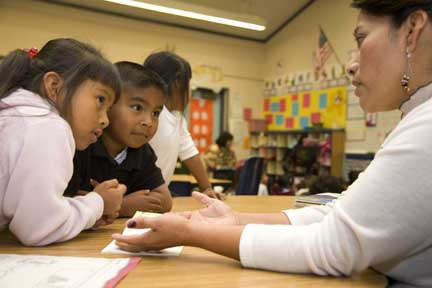 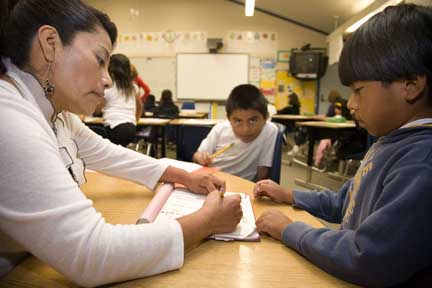 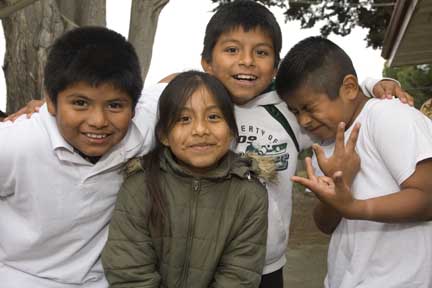 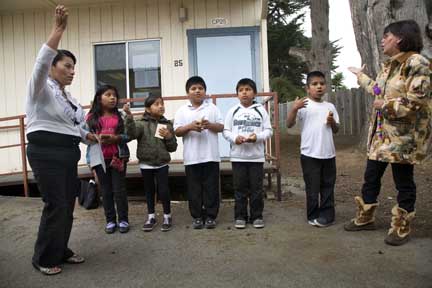 Listed below are links to weblogs that reference People of Watsonville 4 - Migrant Education at Ohlone School By David Bacon Watsonville, California: