The 17th annual memorial and march for young people in Watsonville, who have died as a result of violence in the Latino community. Domiciano Ramirez, who lost his son, sits next to his wife Teresa, and his granddaughter Brenda. Brenda Ramirez lost her uncle, Greg, when he was 26. Margarita Renteria lost her son Servando when he was 16. Carolina Cervantes' son Ray was shot and killed when he was 21. The memorial was organized by members of the Watsonville Brown Berets.

Aztec dancers led a march after of the ceremony, while political and labor activist Robert Chacanaca looked on. Brenda Ramirez, Margarita Renteria and Carolina Cervantes all held photographs of the young men in their families who have been killed, as they walked in the rain around the central plaza downtown. Later Watsonville Mayor Luis Alejo comforted the mother of one of the murdered young people. Alejo, who was just elected to the California State Assembly, was one of the original organizers of the community marches against violence, and was the Watsonville attorney for many years for California Rural Legal Assistance. "Stopping the death of our children is the best way we have to remember those who've already died," said Carolina Cervantes. 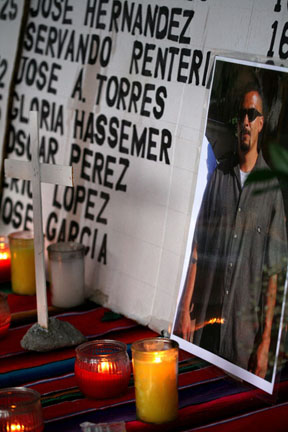 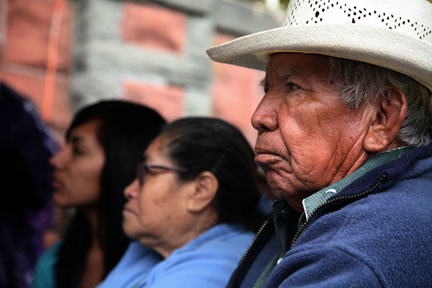 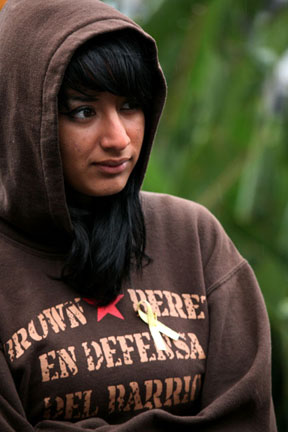 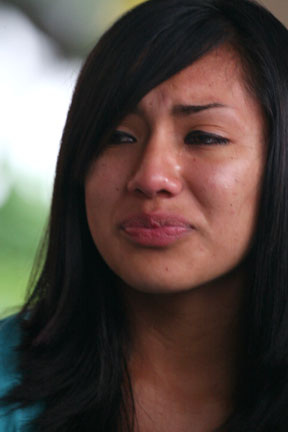 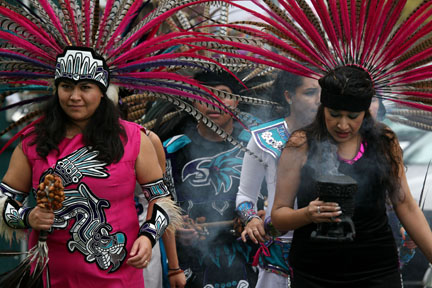 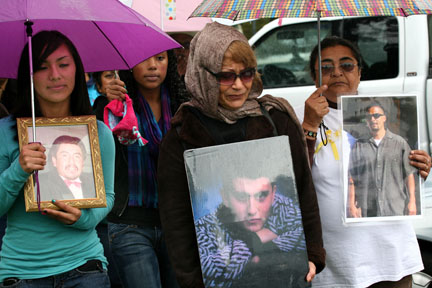 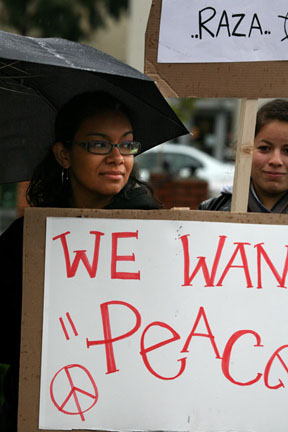 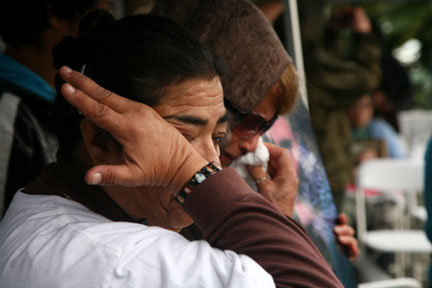 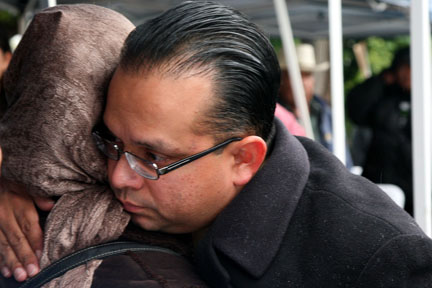 Listed below are links to weblogs that reference People of Watsonville 3 - Stopping the Death of our Children By David Bacon :