Here are some new immigration articles from the Social Science Research Network:

"Lessons Learned, Lessons Lost: Immigration Enforcement’s Failed Experiment with Penal Severity" Fordham Urban Law Journal, Forthcoming TERESA A. MILLER, State University of New York at Buffalo Law School.  ABSTRACT: This article traces the evolution of “get tough” sentencing and corrections policies that were touted as the solution to a criminal justice system widely viewed as “broken” in the mid-1970s. It draws parallels to the adoption some twenty years later of harsh, punitive policies in the immigration enforcement system to address perceptions that it is similarly “broken,” policies that have embraced the theories, objectives and tools of criminal punishment, and caused the two systems to converge. In discussing the myriad of harms that have resulted from the convergence of these two systems, and the criminal justice system’s recent shift away from severity and toward harm reduction, this article suggests that the criminal justice system has been more proactive in compensating for its excesses than the immigration enforcement system and discusses the reasons why.  BLOGGER'S NOTE:  PROFESSOR MILLER'S CRIMMIGRATION SCHOLARSHIP IS ALWAYS FIRST-RATE!

"Because You're Mine I Walk the Line: The Trials and Tribulations of the Family Visa Program" Fordham Urban Law Journal, 2010 EVELYN HAYDEE CRUZ, Arizona State University (ASU) - Sandra Day O'Connor College of Law.  ABSTRACT: The current backlog of over 3.5 million immigration visas places strains on mixed immigration status families and exacerbates the undocumented population problem. Families who choose to wait for a visa to become available before reunifying may strain the family unit. Those who reunify in the United States without first obtaining legal status face deportation and inadmissibility because of their unlawful residence in the United States. Congress has made some attempts to alleviate these strains. Unfortunately, the broad intent of these statutory changes has run up against narrow administrative interpretation. Nonetheless, in the present political climate, administrative solutions that seek to solve inadequacies in the current system are more politically expedient than installing a completely new family visa program. Therefore, immigration reform efforts must focus on expansive statutory interpretation of these and other existing statutes. In this essay I outline the social costs of an inadequate family visa program and offer some suggestions for administrative improvements to the program that do not necessitate legislative action. However, the inadequacies of the current family petition system must eventually be addressed through a congressional overhaul of the process. Therefore, I visit the history of narrow administrative interpretation of immigration legislative action to highlight how important agency interpretation is in the drafting of immigration legislation. I conclude the essay by discussing the elements I believe should be included in family visa petition reform.  BLOGGER'S NOTE:  IMMIGRATIONPROF BLOGGER CRUZ ALWAYS IS PROVOCATIVE, INTERESTING, AND ON-POINT.  AND WHO CAN PASS ON AN ARTICLE WITH A TITLE BASED ON A JOHNNY CASH SONG! 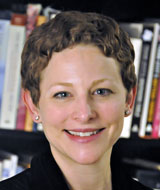 "Who Belongs? Immigrants and the Law in American History" BLACKWELL COMPANION TO AMERICAN LEGAL HISTORY, Alfredy Brophy, Sally Hadden, eds., Wiley-Blackwell, 2012 ALLISON BROWNELL TIRRES, DePaul University College of Law.  ABSTRAT: This essay will appear in the forthcoming Blackwell Companion to American Legal History. The essay explores the major works and themes in the history of U.S. immigration law, including attention to the histories of immigrants themselves. One of the challenges, and opportunities, of studying immigrants and the history of immigration law is grappling with the contradictions and inconsistencies of this politically-charged category. Immigration law is a window onto American perceptions of national identity. According to the classic formulation, the U.S. is a "nation of immigrants," its past and future tied inextricably to the waves of migrants who came, and continue to come, to its shores seeking the mythical "American Dream." Yet alongside that mythical, constitutive story of inclusion is an equally strong story of exclusion, more often than not along lines of race, class, and political ideology. Law has played a pivotal role in both these stories, serving alternately as a mechanism for drawing in immigrants and as a tool for excluding and marginalizing them. Law has been, and continues to be, central in shaping and defining the immigrant experience in the United States. This essay seeks both to explain the general trends over time in immigration law as well as to introduce the reader to the seminal texts in the field. It is divided into four main sections which proceed in rough chronological order, each exploring the major secondary literature and themes for that particular time period.  BLOGGER'S NOTE:  I NEVER CAN GET ENOUGH IMMIGRATION HISTORY!

Listed below are links to weblogs that reference New Immigration Articles From SSRN: