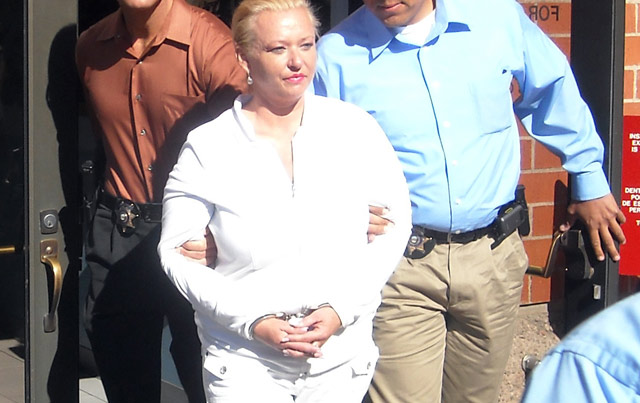 One tragic crime and murder of a young girl in Arizona in the summer of 2009 is not getting much attention.   Julianne Hing on ColorLines reports on the trial of three alleged killers began last week in Arizona. "First to be tried is 42-year-old Shawna Forde, the ringleader who allegedly paid drug dealers to go attack a competitor’s home. . . . The plan, the LA Times reported, was to raid people’s homes for cash and jewelry which would fund Forde’s border vigilante group the Minutemen."

For details on the crime, the cast of characters, and the arrests from last summer on ImmigrationProf, click here.  A website in Forde's defense (Justice for Shawna Forde) is now on-line.

Listed below are links to weblogs that reference Minuteman Border Vigilante on Trial for Brisenia Flores’ Murder: