Oakland (California) Mayor Jean Quan walked through the city on her inauguration day. She is the first Chinese American woman elected mayor. She started at the Oakland Asian Cultural Center in Chinatown. She then stopped at the Asian Resource Gallery, which featured an exhibit of posters curated by Greg Morizumi, from the Third World Strike at the University of California and political movements in the Asian American community since the 1960s. Mayor Quan designed one of the posters in the exhibit, protesting the beating death of Vincent Chin.

During her walk, she visited Lincoln Elementary School, in the heart of Chinatown. Quan was previously a member of the Oakland School Board, and students excited by her visit made small speeches and sang for her. Kindergarten-age children looked on through the school windows.

Her walk took her down 17th Street, where storeowners have been hit hard by the economic recession. One storeowner hugged her, as the mayor urged Oakland residents to support local businesses by shopping in the city.

The last stop on Mayor Quan's walk was the Leamington Hotel, where her father worked as a cook. There she was honored by the leaders of the Alameda County Central Labor Council, the International Longhsore and Warehouse Union, and other local unions, along with the longshore union's drill team. Mayor Quan's husband, Floyd Huen, her son and daughter, and state Assembly member Sandre Swanson, one of her strongest supporters, all walked with her together with dozens of well-wishers. 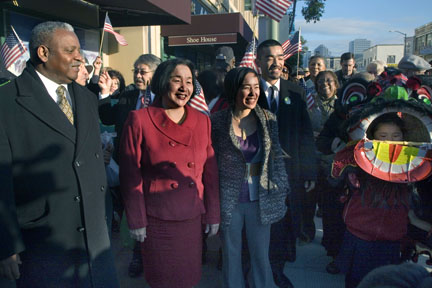 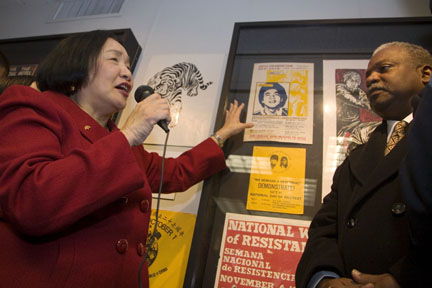 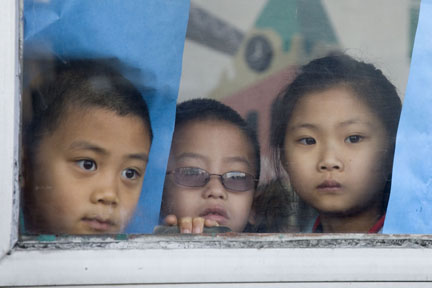 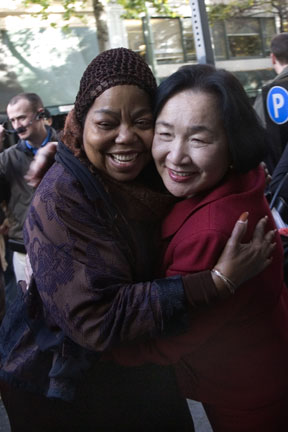 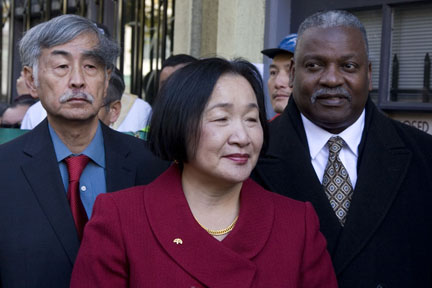 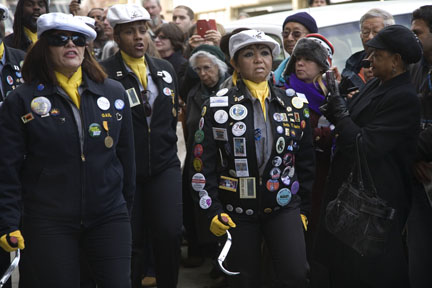 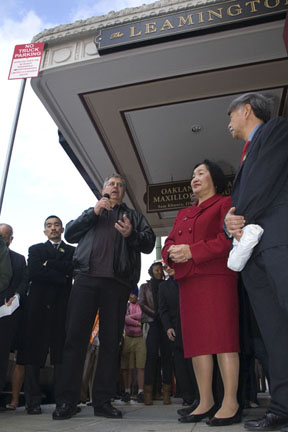 Listed below are links to weblogs that reference DAVID BACON: OAKLAND, CALIFORNIA'S FIRST CHINESE-AMERICAN MAYOR, WALKS THROUGH THE CITY: