Karen L. Forman Director, Public Interest and Clinical Programs, of the University of District Columbia law school reports that its new Immigration and Human Rights Clinic, has won two cases since opening its doors this past August! (So far, we're 2/0.) Our students worked under the outstanding supervision of Clinic Director Kristina Campbell and LL.M. candidate/Supervising Attorney Maunica Sthanki. 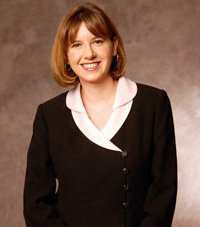 The first case was a BIA (Bureau of Immigration Appeals ) appeal. The students did an amazing job developing a complex legal argument in a short amount of time. The client has been a legal permanent resident for 31 years, has a U.S. citizen wife and seven U.S. children. He has since been released from custody after three years of detention and reunited with his family.

The second victory involved an Iraqi refugee in removal proceedings following several convictions for assault and battery in Virginia. The students filed a Motion to Terminate our client's removal proceedings based on the argument that his convictions were categorically not Crimes Involving Moral Turpitude. In response to the students' brief, the U.S. government filed an unsuccessful motion to dismiss.  The client has since been released from detention and has been reunited with his wife and three children.

Listed below are links to weblogs that reference UCD Immigration and Human Rights Clinic Rocks!: