Last year, almost 400,000 people were deported from the United States. That's the largest wave of deportations in U.S. history, even larger than the notorious "Operation Wetback" of the 1950s, or the mass deportations during the Great Depression.

Often the Border Patrol empties buses of deportees at the border gates of cities like Mexicali in the middle of the night, pushing people through at a time when nothing is open, and no services are available to provide them with food or shelter. Most deportees are young people. They had no money in their pockets coming to the United States, and have nothing more as they get deported back to Mexico.

These are invisible people. In the wave of anti-immigrant hysteria gripping the United States, no one asks what happens to the deportees once they're sent back to Mexico.

In Mexicali, a group of deportees and migrant rights activists have taken over an old, abandoned hotel, formerly the Hotel Centenario (the Hundred Year Hotel). They've renamed it the Hotel Migrante, or the Migrant Hotel. Just a block from the border crossing, it gives people deported from the United States a place to sleep and food to eat for a few days before they go home, or try to cross the border again. The government gives it nothing. Border Angels, the U.S.-based immigrant rights group, provides what little support the hotel gets. A cooperative of deportees cooks the food and works on fixing the building.

During the winter, about 50-60 people live there at any given time, while five or six more knock on its doors every night. Last summer, at the peak of the season when people try to cross the border looking for work, the number of deportees seeking shelter at the hotel rose to over 300.

"A lot of people get hurt trying to walk through the mountains around Mexicali," says Benjamin Campista, a cooperative member. "It's very cold there now, and when they get caught and deported, many are just wearing a T-shirt and tennis shoes. Some get sick -- those we take to the hospital. The rest stay here a few days until their family can send them money to get home, or until they decide to try to cross again."

Border Angels and the hotel collective agreed to pay the landlord 11,000 pesos a month in rent (about $900 USD), but they're already six months behind. Every day hotel residents go out to the long lines of people waiting to cross through the garita (the legal border crossing). They ask for money to support the hotel, and each person gets to keep half of what they're given. The other half goes mostly for food for the evening meal. Deportees have plenty of time to explain their situation to people standing in line, since on a recent afternoon the wait to get through the garita was two hours.

Every day Campista hears deportees tell their stories. "Three brothers stayed here last summer, before they tried to cross. A month later one came back. I saw him on the roof, crying as he looked at the mountains where the other two had died from the heat. A woman came here with her two-month-old baby. Her husband had died in the desert too."

"We're human beings!" Campista exclaims. "We're just going north to try to work. Why should we die for this? Our governments should end these violations of human rights. Then our hotel wouldn't even be necessary. 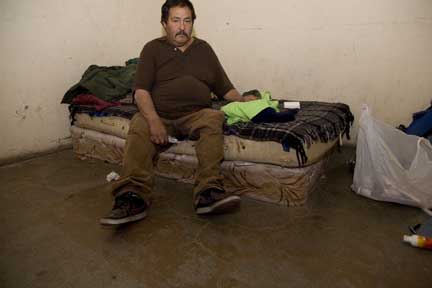 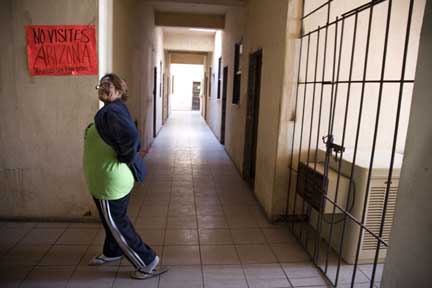 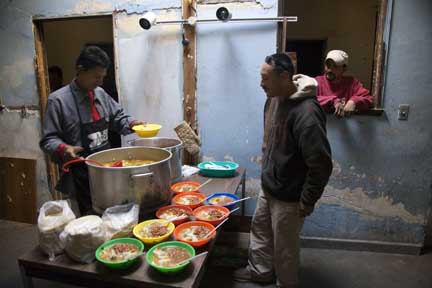 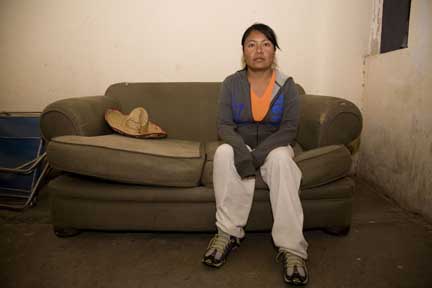 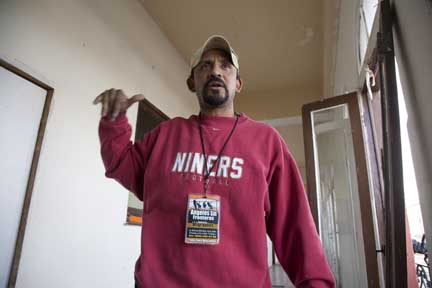 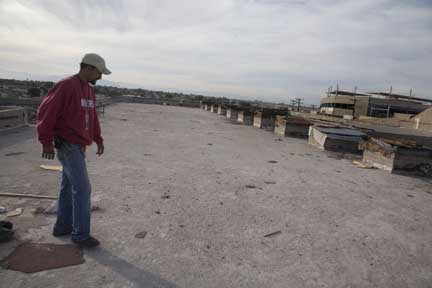 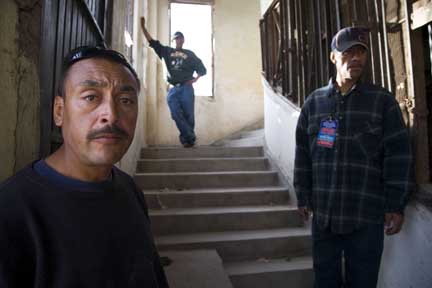 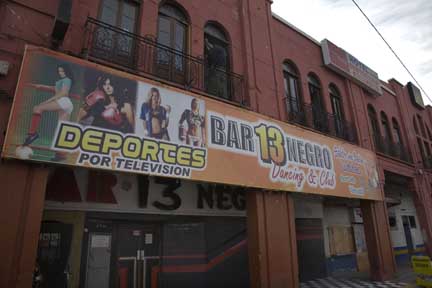 Listed below are links to weblogs that reference THE MIGRANT HOTEL - WHERE DEPORTEES FIND SHELTER IN MEXICALI By David Bacon :