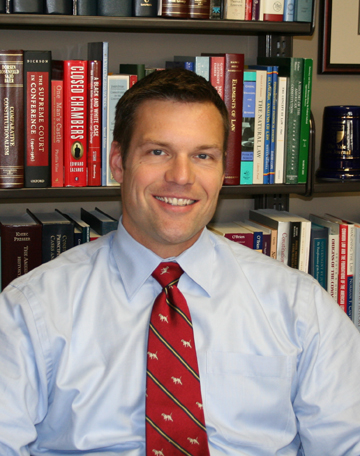 Anti-Immigrant advocate Kris Kobach's lucrative business in helping draft and defend anti-immigrant laws in states and localities across the United States may be coming to an end.  The Wichita Eagle reports that a Kansas legislative leader has said that he will "push legislation to stop Republican Secretary of State-elect Kris Kobach from continuing legal work for city officials and legislators across the country who want to crack down on illegal immigration."  Kobach, who drafted Arizona's infamous SB 1070,  "has repeatedly said he would work at least 40 hours a week as secretary of state and handle outside legal work in his spare time once he takes office Jan. 10."

The proposed bill would prevent state-wide elected leaders, Cabinet officials and other department heads from having any outside employment "of significance."

Listed below are links to weblogs that reference Kobach's Anti-Immigrant Consulting Business to End?: