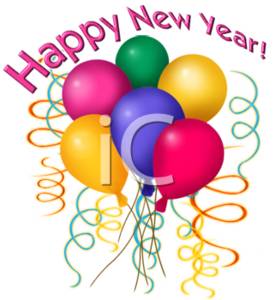 After being separated from his U.S. citizen wife and his two young U.S. citizen sons for the past two and a half years, a client of the Post-Deportation Human Rights Project (PDHRP) at Boston College will now be able to rejoin his family in Massachusetts. The Project’s Director, Professor Daniel Kanstroom, describes this as “a great, humanitarian decision that is the fruit of much excellent hard work by our Project’s attorneys. It is an example of the type of compelling case for which the Project was designed. We hope that it can serve as a model for other lawyers and law school clinics.”

Mr. L (not his real name) fled Haiti in 2002, after being the target of threats and harassment, and applied for asylum in the United States. While his asylum application was pending, he met his wife and became the primary caretaker of the couple’s special needs son. His asylum application was ultimately denied, however, and Mr. L was detained and deported to Haiti in May 2008, leaving behind his son and his wife, who at the time was expecting the couple’s second child. Although U.S. citizens can generally petition for their spouses, individuals who have been deported or who have spent periods of time in the U.S. “unlawfully” are barred from re-entering the country. In such instances, special waivers must be granted to allow the individual to obtain an immigrant visa and to return to their families. With the assistance of the PDHRP, Mr. L submitted applications to U.S. Citizenship and Immigration Services documenting the extreme emotional and financial hardship his wife and children were experiencing as a result of the separation, and requesting that he be granted a waiver. After waiting five months for a decision on the waiver applications, and more than two and a half years after his deportation, Mr. L was recently informed that the waivers were approved, and that he may now be issued his visa to return to the U.S. as a lawful permanent resident. Mr. L may now obtain his visa and make travel arrangements so that he can reunite with his family.

The PDHRP, based at the Center for Human Rights and International Justice at Boston College, aims to conceptualize a new area of law, providing direct representation to individuals who have been deported and promoting the rights of deportees and their family members through research, legal and policy analysis, media advocacy, training programs, and participatory action research. Its ultimate goal is to introduce legal predictability, proportionality, compassion, and respect for family unity into the deportation laws and policies of this country.

Listed below are links to weblogs that reference HAPPY NEW YEAR! Post-Deportation Project Legal Victory: Haitian Deportee Allowed to Return to the U.S. to Rejoin Wife and Children :