Federal Raids Against Immigrants on the Rise By David Bacon 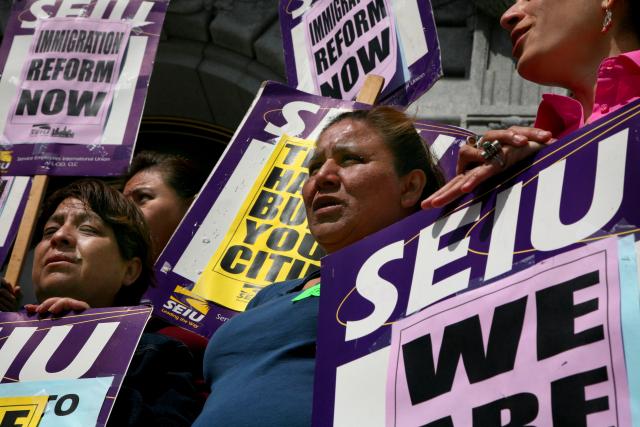 Federal Raids Against Immigrants on the Rise By David Bacon puts in a nutshell the current "enforcement now, enforcement forever" immigration enforcement policies of the Obama administration:

"While the criminalization of undocumented people in Arizona continues to draw headlines, the actual punishment of workers because of their immigration status has become an increasingly bitter fact of life across the country. The number of workplace raids carried out by the Obama administration is staggering. Tens, maybe even hundreds of thousands of workers have been fired for not having papers. According to public records obtained by Syracuse University, the latest available data from the Justice Department show that criminal immigration enforcement by the two largest investigative agencies within the Department of Homeland Security (DHS) has increased to levels comparable to the highest seen during the Bush Administration."

Listed below are links to weblogs that reference Federal Raids Against Immigrants on the Rise By David Bacon :