Racial Profiling in Newspaper Reporting? The Madera Tribune and Latinos 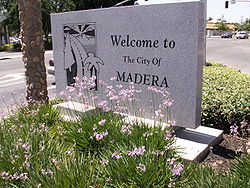 Many research studies (and here and here) have concluded that local news stories, seeking to sensationalize the news, often include racial imagery in covering crime. The studies further show that people exposed to such imagery tend to become more supportive of capital punishment, tough mandatory sentencing, and anti-crime measures, all which have disproportionate impacts on communities of color. To make matters worse, these images reinforce negative attitudes about racial minorities.

In short, local news reporting on crime can inflame racial tensions in a community.

Consequently, many responsible local television news stations and newspapers have decided not to broadcast or publish pictures of crime suspects. Along those lines, the Ventura Star has explained that it ordinarily does not include the race of a criminal suspect in a news story because it often “can be more problematic than useful.”  “One reason we are cautious about printing racial descriptions is that there are potentially negative ramifications of using race as a descriptor. Unlike, say, height, race is not a hard and fast descriptor, and using it without other specific details could lead to profiling that negatively effects people and doesn't really help police, we believe. . . . Sometimes a person's ethnic background is relatively easy to identify, but sometimes not.” (emphasis added). The Star goes on to discuss the difficulties in identifying a suspect as “Hispanic.”

Not all newspapers are on the same page, however.  The Madera Tribune is a small newspaper based in Madera, California, a town of more than 55,000 people, 75% of them Hispanic, in the Central Valley of California.  In many small Central Valley towns, tensions are high between persons of Mexican ancestry and Anglos.  This is true even though, in most of the towns and cities in the Valley, Hispanics account for half, or more, of the population.

Despite the best practices in the newspaper industry, the Madera Tribune's reporting, and specifically its use of pictures of Latino crime suspects, can do nothing other than inflame racial tensions.

A recent search on the Madera Tribune website came up with 267 related Driving Under the Influence (DUI) articles. The Tribune reported last March that the City of Madera received a generous grant to fund DUI enforcement. Previous articles mentioned that Madera had received another grant for traffic enforcement, recognizing that DUIs were a major problem in Madera.

The Madera Tribune seems to have increased its coverage of DUIs, including publishing close-up pictures of suspects being handcuffed, forced against the hood sof their cars by police officers, lying in their cars or in vehicles with alcoholic beverages, and identifying them by Spanish surname. See, for example, here.  One picture showed a man with a “sombrero” arrested next to a minivan.  From our review, nearly every picture of a DUI suspect on the Madera Tribune’s website depicts a Latino.  From reading the Tribune, one would be left to think that Anglos never commit crimes in Madera.

The Tribune’s pattern and practice of racializing its crime reporting raises the question whether the paper is seeking to, in order to sell papers, exploit racial tensions and re-affirm stereotypes of Latinos as “drunks” and criminals.

By reporting and publishing these pictures of individuals arrested for DUIs on a regular basis and publishing images of arrests of Latino “criminals” (note that it appears that only the arrests, not the ultimate disposition of the cases is reported), the Madera Tribune is exacerbating racial tension in the community.

The media and journalists must consider their obligations to promote true dialogue and constructive discussion of the racial divisions among Americans.  To that end, the Madera Tribune has to balance informing the public on crime versus reinforcing negative stereotypes of Latinos. (For a book on those stereotypes, see Steve Bender, Greasers and Gringos (NYU Press 2005)). Informing the communities of crime does not require a picture, offering a name (at least in some instances), or reporting on the person’s immigration status. The Tribune certainly can find different ways to report arrests, just like many responsible newspapers do.

Listed below are links to weblogs that reference Racial Profiling in Newspaper Reporting? The Madera Tribune and Latinos :