Politico.Com reports that "It looks like the state of Arizona and Governor Jan Brewer could be facing an uphill battle in their effort to overturn a judge's ruling that the state's law cracking down on illegal immigration, SB 1070, is unconstitutional."  The U.S. Court of Appeals for the Ninth Circuit announced that the three judges assigned to the appeal, which is to be argued next Monday, John Noonan, Richard Paez, and Carlos Bea.  For access to bigraphies, click here. 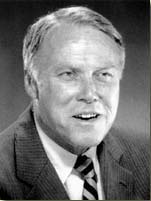 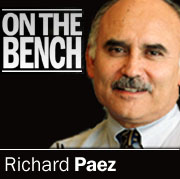 "Two of the three judges are of Hispanic descent: Paez was born in Utah of Mexican immigrant parents; Bea was born in Spain but grew up in Cuba before coming to the U.S. with his family." Judge Paez, an appointee of President Bill Clinton, is a former legal aid lawyer.  Bea is an appointee of President George W. Bush.   "To my knowledge, I am the only circuit judge to have been ordered deported by the Immigration and Naturalization Service," Bea declared during a 2006 Senate hearing. Judge Bea won on appeal. Noonan was appointed by President Ronald Reagan, but is known "to be friendly to immigrants in asylum cases and has even written opinions defending some immigrants who were part of violent groups in their homelands."

Listed below are links to weblogs that reference Ninth Circuit Panel Announced for Arizona Immigration Case: