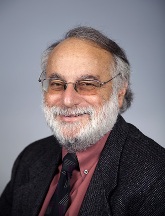 Prominent San Francisco immigration attorney Marc Van Der Hout is representing Republican Gubernatorial candidate Meg Whitman's former housekeeper and nanny, Nicky Diaz Santillan.  According to the Sacramento Bee, Van Der Houdt says that his client, who has been in the United States for nearly 20 years and has a long work history and family ties, may be eligible for permanent residency in the United States.