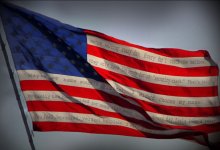 Today, the Ninth Circuit, with retired Justice Sandra Day O'Connor, a native of Arizona, sitting by designation on the panel of three judges, has declared Arizona Proposition 200 regarding the necessary citizenship identification for voting, invalid as preempted by federal law.  Judge Sandra Ikuta wrote the majority opinion.  Judge Alex Kozinski dissented.  For more details, and a link to the opinion, read Ruthann Robson's post on the Constitutional Law Prof blog.

interestingly, Judge Ikuta years ago clerked in succesive years for both Justice O'Connor and Judge Kosinski.

Nina Perales of the Mexican-American Legal Defense and Educational Fund successfully argued the case for the plaintiffs-appellants.

Arizona loses Round 1 in the latest premption wars.  Will United States v. Arizona, to be heard by the Ninth Circuit on Monday, be another loss for the state of Arizona?