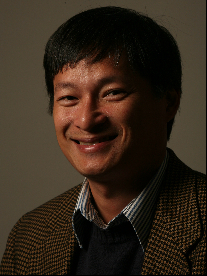 As local anti-immigration laws have been enacted around the country, one critical dimension has been largely ignored: what is the economic impact of these laws? Are jurisdictions with them better off economically than those without them? In the paper “The Economic Impact of Local Immigration Regulation: an Empirical Analysis" (forthcoming Cardozo Law Review), Professors Huyen Pham and Pham Hoang Van examine the economic impact of local (city and county) immigration regulation. Approximately 150 such laws were enacted by cities and counties between 2005 and 2008. The laws take different forms - some authorize local police to enforce federal immigration laws, some restrict benefits like housing and employment to those with legal immigration status, and some require all government transactions to be conducted in English only. The authors applied statistical techniques to analyze two sets of data: a legal data set that they compiled of restrictive local immigration laws, and an economic data set of county employment patterns compiled by the U.S. Census Bureau. The results of this empirical study, the first of its kind, show that the restrictive laws had a negative but small economic effect on the jurisdictions where they are enacted. Specifically, the authors find that these laws had a 1 to 2 percent negative effect on employment; for the average U.S. county, this translates to about 337 to 675 lost jobs (40 to 80 lost jobs for the median county). Consistent with the effect on employment, payroll was also negatively affected. This drop in employment includes both authorized and unauthorized workers. The authors also find that the laws reduced employment in some industries, such as the restaurant industry, while increasing employment in others, such as the grocery and liquor store industry. This suggests that affected workers may be switching jobs, rather than leaving a particular jurisdiction altogether. Because local immigration regulation has such profound policy impact, local governments considering the efficacy of these laws need to base their decisions on empirical evidence, not assumptions, about the laws' effect. This article provides crucial information for that decision making.

Huyen Pham is a professor of law at Texas Wesleyan School of Law; Pham Hoang Van is an associate professor of economics at Baylor University. Their paper: "The Economic Impact of Local Immigration Regulation: an Empirical Analysis," forthcoming in the Cardozo Law Review, is available on the SSRN database link: http://papers.ssrn.com/sol3/papers.cfm?abstract_id=1653345.  You may choose ‘download anonymously’ from the one-click download option to access the full paper without signing in to SSRN.